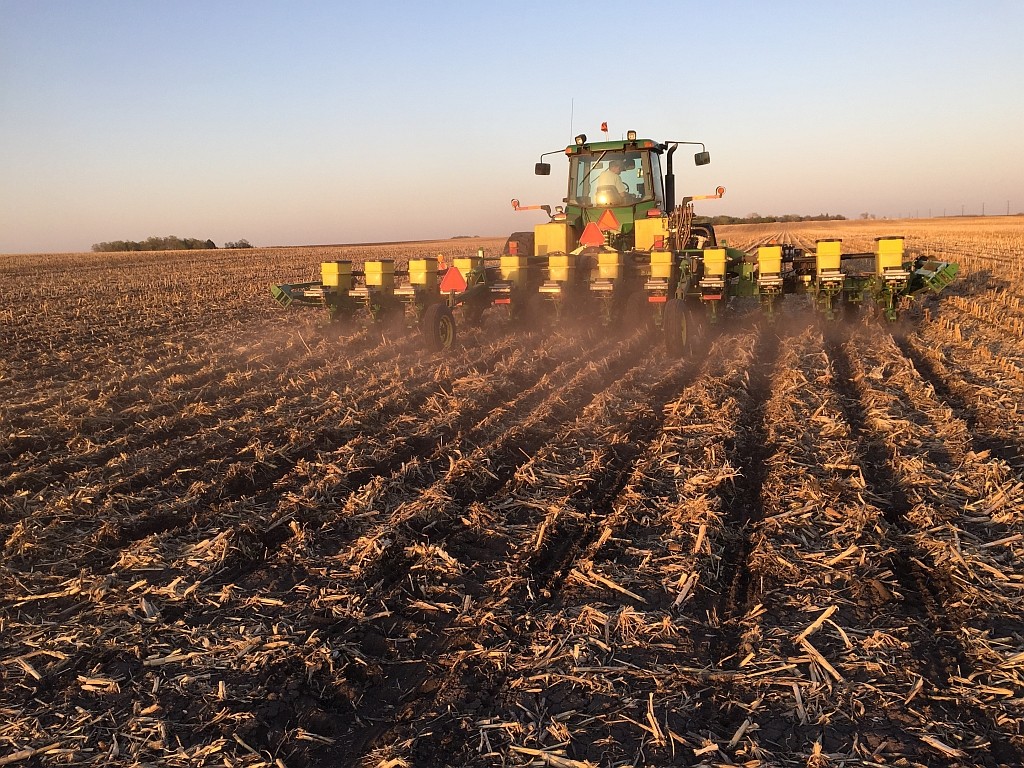 When it comes to research, Golden Harvest does a lot of work with farmers on things like planting rates, fertility, or planting dates.

“Research has certainly shown there to be some advantage to early planted soybeans,” he says. “The question is always, ‘How much can we push the envelope?’ and when we’re talking about mid-March in Michigan, this will be a great test.”

There’s a benefit to establish a good stand by getting plants up early, but Scovill says the benefits need to be weighed against the risks. One of those is a late frost, just like in May of 2020.

“We know that soybeans can be very tolerant to cold temperatures, even more so than corn, but we also know at the end of the day if we freeze off that cotyledon when it first comes out of the ground, that plant is going to be done,” he says.

He is concerned there could be some frost damage to this year’s early planted soybeans.

“We were pretty warm and had enough soil moisture that when we were digging up some of those early planted soybeans, they had not only swelled and cracked that seed coat within a couple of days, but they were starting to push their shoot up,” says Scoville “If they get going too much more, there’s a greater risk of those being above ground when we do have some of those late frosts.”

Scovill has noticed a difference between tilled and no-tilled ground.

“It’s more common to see the frost damage in the no-tilled ground because the trash that’s on the ground tends to slow down air movement and slow down radiation of the heat of the soil,” he says. “The longer the cold air sits in a given place, the greater chance of freezing off those plants.”

If you are considering some early planted soybeans, Scovill suggests increasing seeding population by up to 20 percent as a buffer. He also advises a uniform planting depth of no more than two inches.