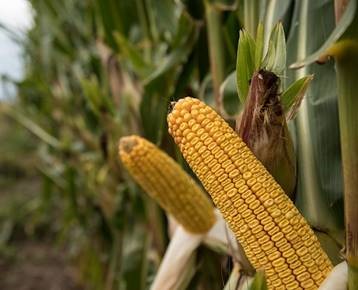 Earlier in August before the USDA supply and demand report was released, the nearby corn contracts were dipping dangerously close to the $3 level. Going into the report, a lot of producers were pessimistic that it might drop below that mark.

Brian Basting of Advanced Trading, Inc., said that once the market stabilized after the report and more hot and dry weather settled in over the U.S., that motivated the end user.

“[They] decided to get on board with purchases because maybe we won’t see the market go to $3,” he said. “I think that kind of fed on itself.”

“At least for now, that basis is going to hold has encouraged the end user buying,” he said. “It’s not a prediction that that’s going to be the low, but it did encourage purchases on the export side.”

At the close on Friday, the November soybean contract is at its highest level in seven months. That rally has come from end user buying in combination with drier weather.

“There’s been some disappointing forecasts—the forecast earlier this week was calling for more rain the first week of September and now those are backing off,” said Basting. “Those beans need rain to fill those pods. It’s been disappointing in a lot of cases that haven’t seen those rains.”

Crop conditions in Michigan for both corn and soybeans fell double digits. Iowa’s conditions fell as well. When the next condition report comes out on Monday, Basting said improvement or decline in conditions will be contingent on rain chances this weekend.

Basting discusses how hot and dry weather in Ukraine could impact their forecasted record production and more in his full comments in the audio player above.