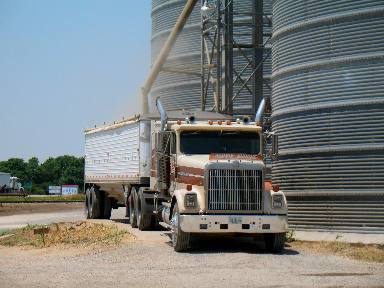 USDA will release its World Agricultural Supply and Demand Estimates (WASDE) and Crop Production Reports on Friday at 12 ET. In the August reports, USDA forecasted a 181.8 bpa yield for corn and 53.3 bpa yield for soybeans.

“The trade is expecting a 469 million bushel carryout on soybeans, a 140 million bushel decline in ending stocks—that seems a little rich to me,” he said. “China has been a huge buyer of soybeans, but we haven’t seen China surpass the total that we already have on the books.”

That 140 million bushel cut by the trade seems excessive to Setzer, and that includes factoring in weather conditions. Brazil began planting soybeans on Thursday. Setzer said that soybeans for export will be ready around mid-January, which is a slight cause for concern.

“We think China is covered through mid-December, so there’s a one-month window that needs to be covered,” he said. “It’s unlikely China will overbook soybeans from this point going forward in case there’s delays to the Brazilian crop, so we really have to question what our future demand is going to be on soybeans.”

The trade is estimating a corn carryout of 2.46 billion bushels, down 300 million bushels. Like soybeans, Setzer thinks that’s a pretty big number.

“We’ve had big exports, but we haven’t surpassed what the government has already projected,” he said. “Our feed demand is holding, and ethanol usage is on the light side, so I have a hard time thinking we see a huge increase in usage to drop us 300 million bushels.”

With the market rallying ahead of the report, Setzer said the big question is if there will be enough of a change to warrant a higher move.

“That’s the unknown, so there’s definitely going to be numbers in there for everybody,” he said. “To top it off, the FSA is going to adjust harvested acres as well, so there’s one more curveball coming at us. This data will be released, we’ll go through it, it will probably affect trade Friday and Monday and all eyes will be on harvest in the U.S. as that starts to gain momentum.”

Setzer talks about newly released CONAB numbers from Brazil, Argentina’s updated production numbers, and the rally in the hog market in his full comments above.