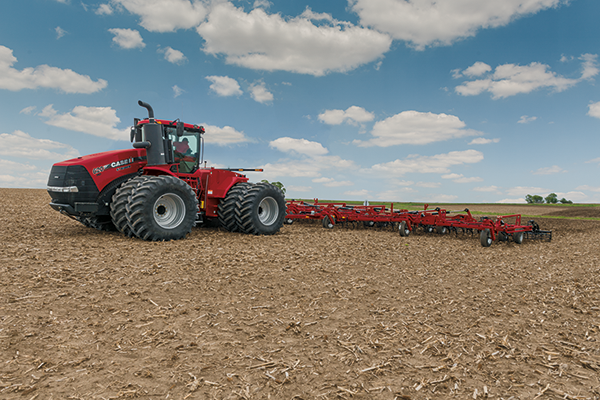 Approximately 1,200 United Auto Workers workers at the CHN Industrial plants in Racine, Wisconsin, and Burlington, Iowa will remain on strike for the fifth week after UAW leaders have refused a deal with the company.

The union says it is seeking higher wages and benefits for its members. Employees at the two facilities walked out on May 2.

CNH Industrial is the corporation that owns and manufactures the Case IH and New Holland brands.

Both CNH Industrial and the United Auto Workers put out competing statements regarding their contract negotiations after reports said both sides left the bargaining table.

In an email statement, CNH says, “After several meetings, the company presented the union with all all-encompassing, comprehensive document addressing the outstanding issues. Unfortunately, the union declined to meet or allow the company to explain its position and proposal.”

The company also says the union wouldn’t allow its members to even view the proposal. The union statement says CNH Industrial entered the negotiations with what it called “principles of fear and intimidation,” and hoped to “starve out UAW members.”

The UAW email says, “The company’s latest proposal falls short of our member’s bargaining agenda. Our bargainers are meeting with our members and communicating the areas of concern that remain unresolved.”

The union says it’s proud of its members for displaying solidarity and support for the negotiating team throughout the process.

Last year, a strike at Deere & Co. lasted for four weeks and  ended with 10-percent raises and an increase in benefits for 10,000 UAW workers.