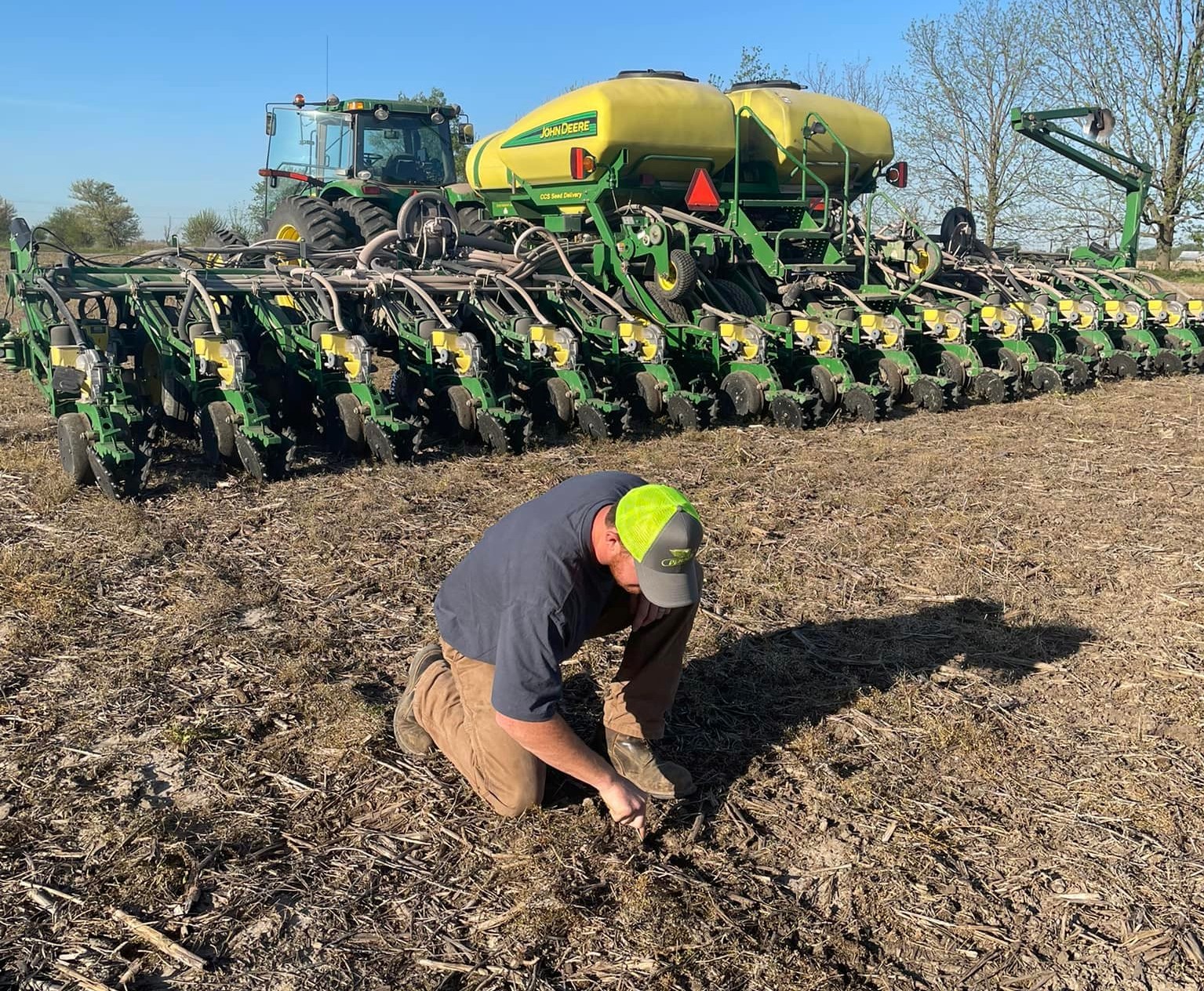 Michigan farmers are quickly catching up on planting progress across the state.

So far in Michigan, 60 percent of the expected corn crop has been planted according to the USDA’s Weekly Crop Progress Report for the week ending Sunday, May 22, 2022.  This compares with only 31percent last week.  Last year, 85 percent had already been planted and 60 percent was planted as an average over the past five years.  At this time, 18 percent of the state’s corn crop has emerged.

Despite cool and damp conditions prevailing across much of the State, producers were able to continue to make planting progress in between rain events, according to Marlo D. Johnson, Director of the Great Lakes Regional Office of the National Agricultural Statistics Service.

In the Southeast, alfalfa and other hay fields were continuing to improve. No signs of insect or disease issues at this time. Other activities during the week included applying fertilizer as conditions allowed.

In the Southwest, peach bloom was nearly complete. On the Ridge, peaches were in shuck.

Tart cherries in the Southwest were nearly out of bloom in later maturing blocks. In the earliest maturing blocks, tart cherry fruitlets were up to 9.5mm. In the Northwest, tarts were in bloom or early petal fall.

Blueberries in the Southwest were at bloom or petal fall depending on variety. In West Central Michigan, blueberries ranged from full bloom in Allegan County to around 50 percent bloom in Ottawa County.

Producers experienced varied weather conditions as vegetable plantings continued throughout the State. Cooler weather made asparagus harvest more manageable, providing relief to growers. Some varieties of tomatoes were beginning to blush while field rhubarb was starting to flower.

Onions were at various stages of growth, with some being transplanted, some emerging, and some developing leaves.

Pest presence was detected on a number of crops, including cabbage and cucumbers.

Sweet corn planting continued, and West Central growers were getting ready to plant peas for processing. In the East, radishes and turnips were being harvested, and beet harvest was expected to start soon.