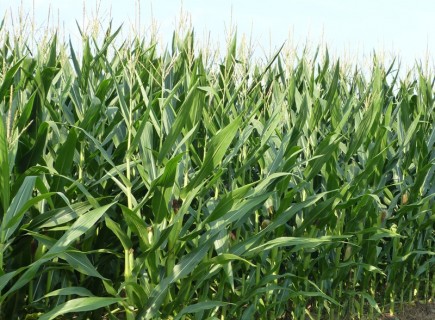 USDA’s Crop Production and World Supply and Demand Estimates will be released in less than a week. Many private firms have released their estimates, and a lot are forecasting a record corn and soybean crop.

Those reports drug the two markets lower this week, making new contract lows for corn and wheat followed as well.

Rick Hollister, grain merchant with The Andersons, said these forecasts might be a little premature, but when weather and the crop conditions are factored in, they’re justifiable.

“We’ll get some crop tours starting next week and we’re doing yield checks across the Midwest, so it would be interesting to see if that comes true with the crop condition report,” said Hollister.

July was a massive month for flash sales of corn to China with two record purchases. With potential record crops in the forecast, the U.S. needs to continue to see these new crop sales of corn and soybeans.

“China’s been building its soybean inventory for the last three months, and well above the last year,” said Hollister. “That’s the opposite in corn where they’ve pulled down stocks or their feed grains and it looks like they’ve come to the world market to buy corn, and it looks like increasing demand for corn.”

Hollister believes that part of the reason for the rebuilding of China’s corn stocks is to feed a growing hog herd, and the pig increase is happening rapidly.

“Most of China has a good control on the African swine fever and they’re quickly rebuilding their hog numbers,” he said. “They’re rebuilding faster than we could have expected them to and therefor the increase in demand for corn and soybean meal goes along with that.”

Hollister says producers are “throwing in the towel” on old crop corn and soybeans in his full comments in the audio player above.