Cold air is the top story to start off this planting forecast. A massive cold air blast raced into the state to finish the week, and it parks over us through Tuesday. The coldest air likely peaked over the region early Saturday morning with frost and freeze conditions, but we only slowly move up from there. Temps will be 15-20 degrees below normal for daytime highs, and at least 15 degrees below normal overnight lows through Tuesday. While another super hard freeze is not likely, frost conditions can be seen again.

Clouds are back Sunday and we have scattered showers that move the southern half of Michigan.  Rain totals will be .25″ or less with coverage at 50% of the state from I-96 southward. While we don’t rule out moisture a bit farther north, it will be largely hit and miss. A few of those showers will linger into Monday morning in far SE MI before ending. The balance of Monday and balance of the state will see a mix of clouds and sun to start the week. Sun and clouds in varying degrees will be around through Wednesday. Temps will be cool to start the week, but will moderate toward mid-week, and will be near normal as we finish out.

Scattered showers develop overnight Wednesday night and hang around through Thursday. This starts a more active couple of days over the eastern corn belt. Rain for Thursday totals .1”-6” with 75% coverage, and then Friday a second wave of moisture in the morning can bring another half inch over the southern half of the state. Full sunshine finishes the 10 day forecast window for Saturday through Monday (18th), and temps should be near normal. The map below 10 day rain potential for MI. 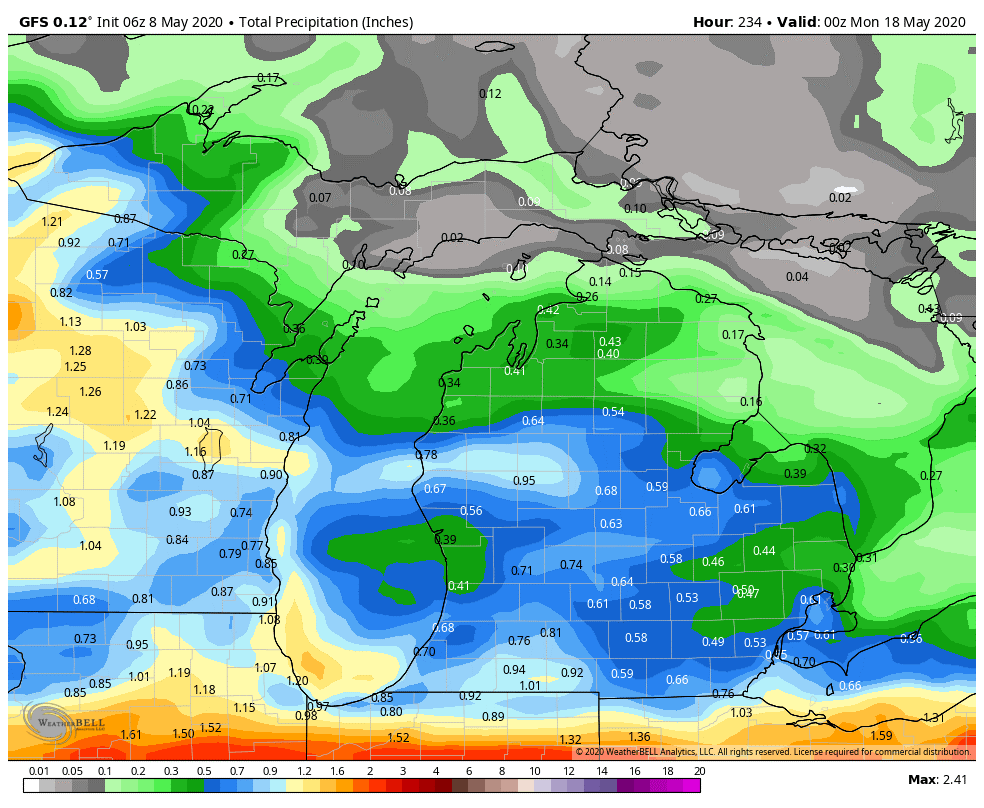 The extended period is up for some debate, but we are trending our outlook drier. Models are in disagreement, with one suggesting shower and/or thunderstorm potential every day, and another model saying far less precipitation potential. Given the way the pattern is unfolding, the answer is probably somewhere in the middle, as we are seeing a slightly more active precipitation track over central and southern parts of the eastern corn belt. So, we look for 1 frontal complex in the extended period, but otherwise nothing more than hit and miss action. Still, on average we see combined precipitation for the extended 11-16 day period (19th-24th) at .25”-.75” as it stands right now

Drier and warmer for week three, with above normal temps and near normal precipitation. Week four looks to be wetter, but temps pull back closer to normal…which makes sense, given less sunshine that week. We expect 2 fronts to cross the eastern corn belt the week of the 31st through the 6th. 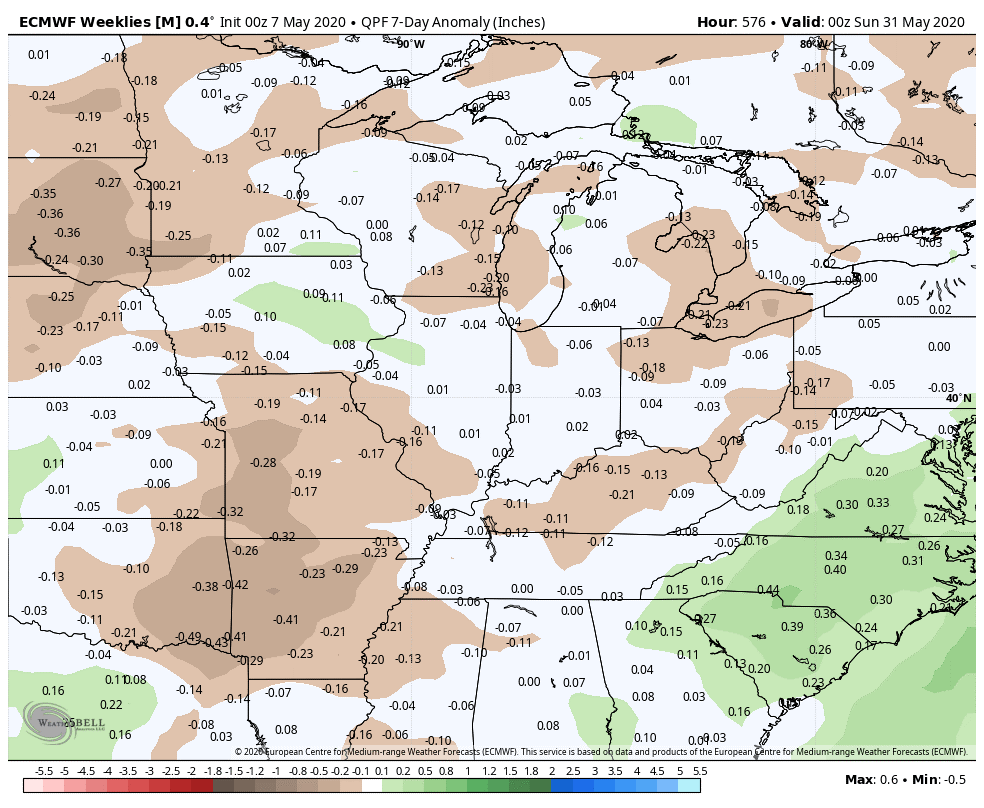 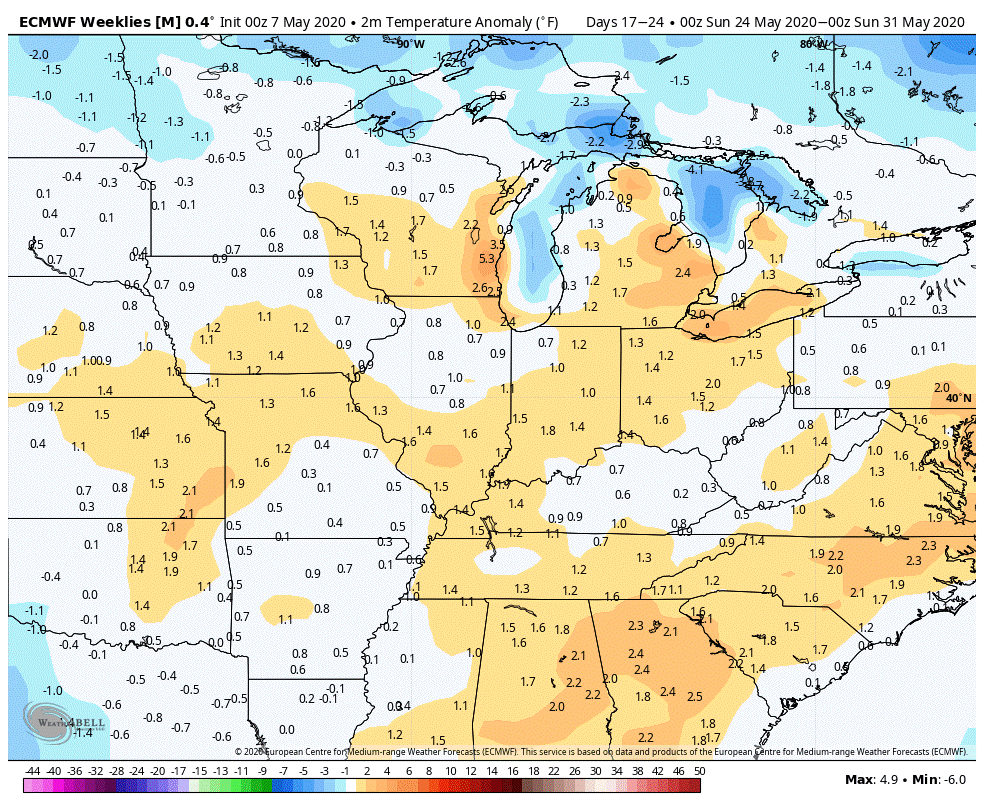 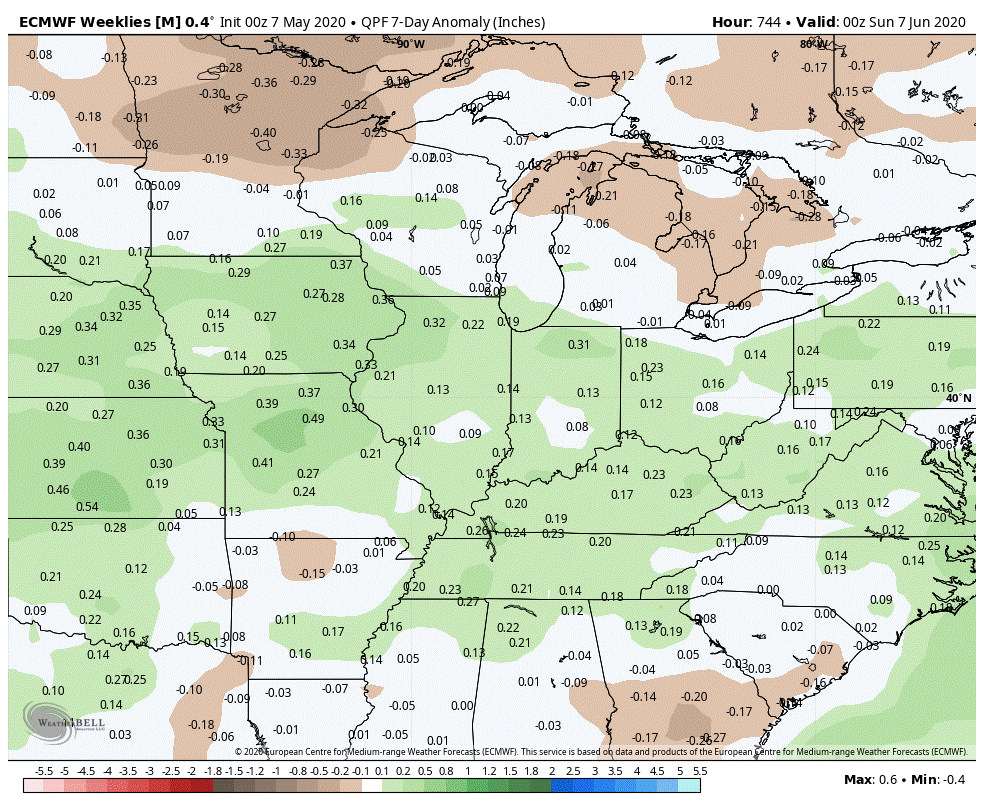 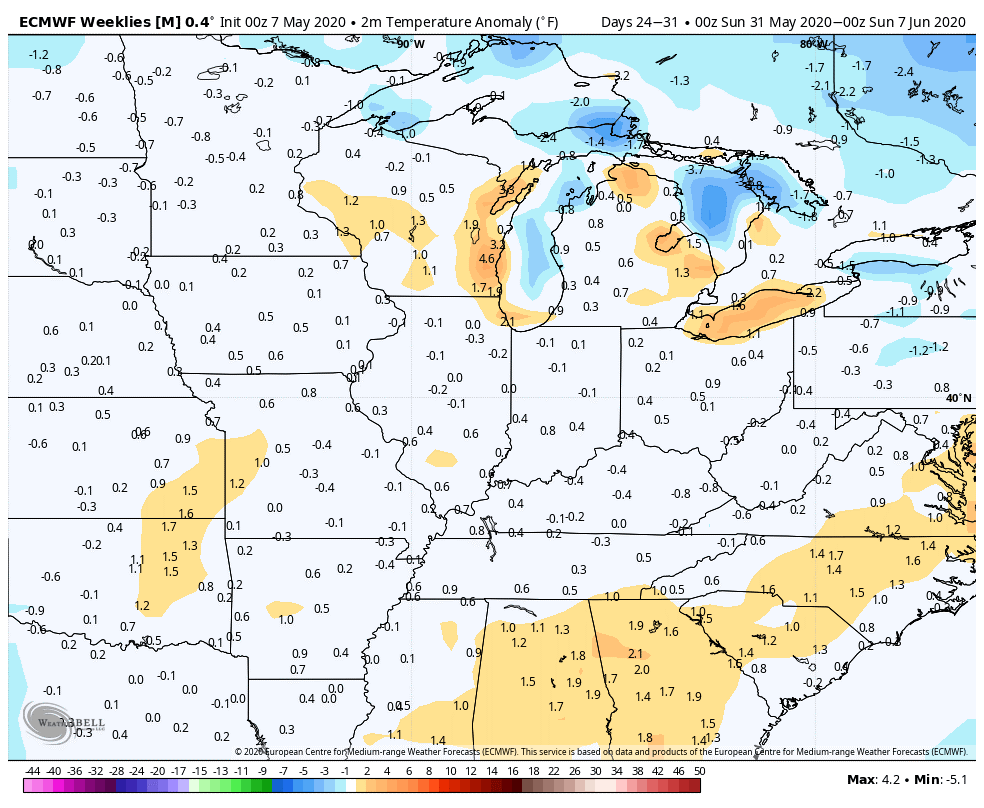