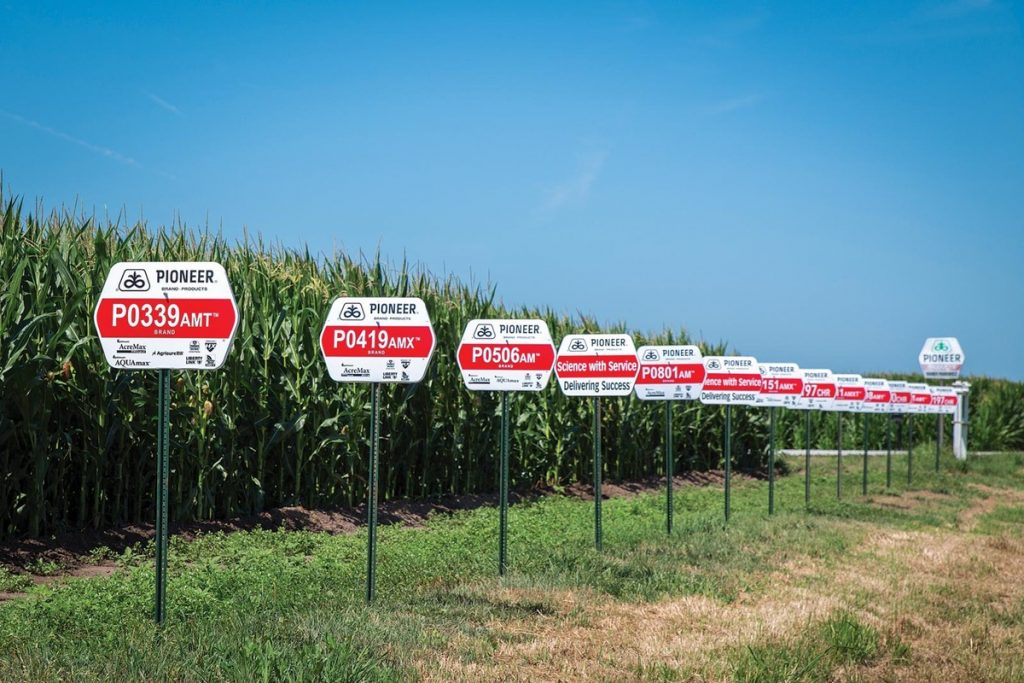 Despite challenges, corn and soybeans this year look good. We spoke with Pioneer Agronomist Josh Whelan earlier this month about some of the worrying conditions predicted back in the spring. This month, Whelan says things look better than they’d hoped.

“Despite our later planting, the corn looks really good, the beans look really good. Some stuff is a little shorter in areas due to drought stress, but overall, the preseason stuff that we were worried about or right during planting, nothing to really be worried about. We got good roots on all of our crops. The roots are down deep because of that dryness that we had after planting, and that really pulled us through some of these droughts we had in the middle of the season. Though some of our crops are short we actually go and look at them, we’re looking at corn that’s pollinated all the way up to the tip. If we do have some noseback, we’re still looking at 35 rows up, still 16 to 18 around. The beans can be short in areas, but there’s a lot of pods and they bushed out really well. Overall, the crops look great, and a lot of our worries from the earlier part of the season, I think are kind of on the wayside now. I think guys are still worried about the lack of water, but if they go out and walk their crops they’re going to be really impressed what they’ve got out there.”

As for soybeans in the state, Whelan says podding looks promising.

“So, we’re still working on pod fill, but I’ve been impressed with the number of pods that I’ve seen on plants now, that haven’t aborted yet, a lot of good podding yet. Still need to fill out, still need those late August rains, just like every year. They’ve really bushed out and they’re really tall in spots, and I really like how the beans look.”

“So any of our Aquamax Hybrids in the corn, they’re all drought tolerant, really high drought tolerance. Double 35 will have a really big pile up next year, that’s our biggest pile, a really high yielding and really great drought resistance to drought tolerance. Looks great everywhere I’ve seen it, the same way with that is something like 306, really good hybrid, pretty much anywhere. I’d be happy with about anything in our book to be honest with you it, they’ve all performed really well.”

As we head towards harvest, Whelan says tar spot in corn is still something growers are watching.

“I know a lot of guys have been spraying for tar spot recently. Just actually go out and spot it in your fields. If you want to make a fungicide application for plant health, now is about the time to do it. I wouldn’t worry about it too much in the future. Once we get to black layer, we’re pretty well set for grain. Just be mindful of what you’re putting out on your crop. If you’re going to make a fungicide application now would be a great time, before we get to, get past dough. So we want to make an application for our form.”

Whelan says he wasn’t observed as much tar spot as in the past, but the danger is still present.

“This year I’ve not seen a lot of tar spot personally. I’ve spotted it in Eaton County, Ingham County, I have seen some in Gratiot County and I’ve seen some of Montcalm County. But the pressure is not nearly as high this year as it was last year, likely due to the drought, yes. With that being said, our recent conditions with all the rains, the heavy dews, my boots are still wet this afternoon. We can still see tar spot coming. And if the conditions are right, tar spot might be able to cycle in as little as 10 days. But we’re looking at, you know, you can have two weeks and you could see tar spot shooting up the plant, so that’s why I want guys to see out and keep scouting and be wary you know, if tar spots going to come in. An application, a fungicide application could be appropriate, but might not do anything for tar spot right now, it might just be for plant health at this point.”

Overall, this Pioneer agronomist is impressed with Michigan’s crops, despite weather and financial challenges.

“Keep up the great work. Every field I’ve walked this year has looked really amazing. I know we were concerned with the price of fertilizer, what stuff might look like, but guys had a really good job of tending their crops this year and despite last year’s wet fall, we had a, we’re having a good crop, no big lines.”