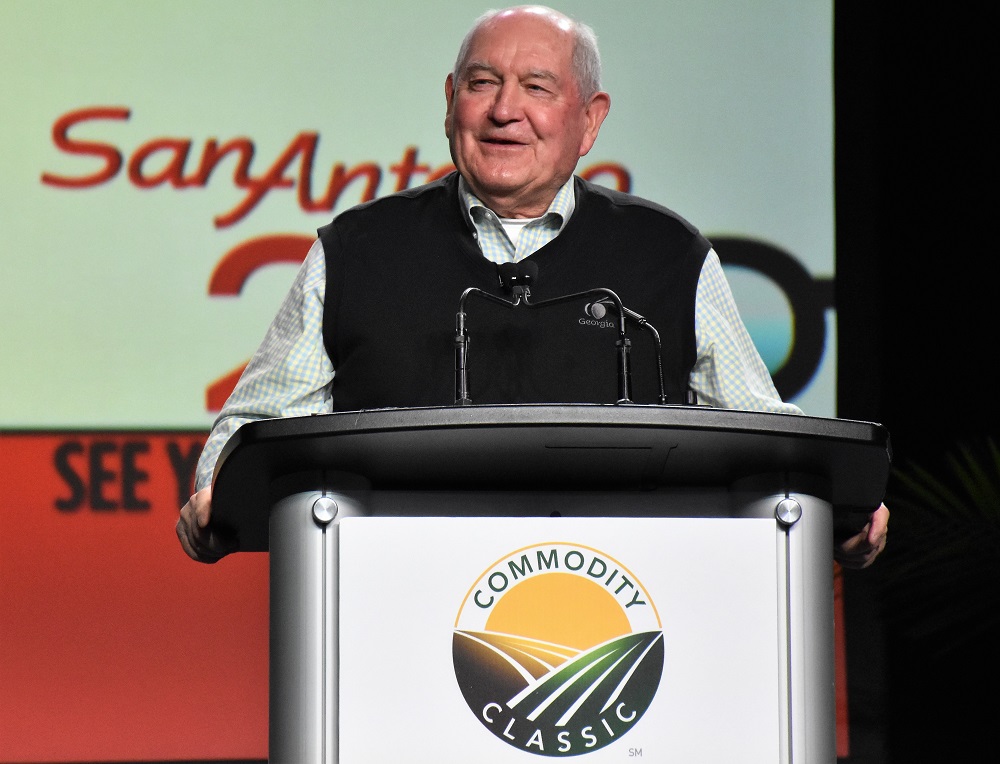 The expectation was that Secretary of Agriculture Sonny Perdue would provide some clarity on the possibility of future MFP payments when he addressed the Commodity Classic on Friday, and he did. His message was there will not likely be any in 2020, “In 2020, I am telling you to do what you do and plant for the market.” He added the MFP program was never designed as a price support tool but only as a tool to compensate for losses caused by trade disruptions. Perdue said he expects trade with China to pick up later  this year, thus eliminating the need for a new MFP program.

Perdue said, if trade does not pick up this year, they  will consider such an option, but at this time USDA is not working on such a plan.  He indicated that USDA will be tracking China purchases and advising the White House and the USTR if China‘s purchases do not live up to the Phase One agreement. He added he was encouraged because China has been making technical changes internally that will allow them to comply with the terms of the agreement. He also said increased exports  to China would be reflected in next month’s WASDE report.

Perdue also drew cheers from the crowd when he announced the RFS mandate of blending 15 billion gallons of ethanol would be met.  Kingery responded that this is good news for Indiana corn farmers who depend on strong ethanol demand.