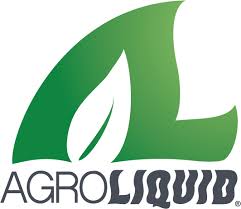 AgroLiquid is pleased to announce Nick Bancroft will be stepping into the role of chief executive officer (CEO), effective November 1, 2020. Nick’s promotion comes as current CEO and AgroLiquid founder, Troy Bancroft announces his plan to transition to a more strategic role as president of the AgroLiquid Board of Directors and member of the company’s leadership team.

“Nick has demonstrated exceptional leadership and management abilities as vice president for the past 10 years,” Troy Bancroft said. “He brings the vision and insight needed to lead AgroLiquid into the future.”

AgroLiquid’s Board of Directors elected Nick as CEO after a thorough interview process. While the Board acknowledged Nick has been taking on more responsibilities for some time, they believed it critical to ensuring a seamless transition in this leadership position. “We have been long focused on succession planning and the Board is confident that Nick’s transition into the CEO role will build on the tremendous progress AgroLiquid has made in the industry,” Troy said.

“I look forward to leading AgroLiquid and driving performance forward. I am honored to work with our employees, retail partners and industry partners as we further AgroLiquid’s mission to Prosper the Farmer,” Nick says.

In leaving the day-to-day operation of the company in Nick’s capable hands, Troy looks forward to focusing on strategy and further growing AgroLiquid as a privately-held business. His insight will be valuable to both the AgroLiquid Board of Directors and the leadership team. He also looks forward to continuing his work with AgroLiquid’s valuable employees and many agriculture groups.