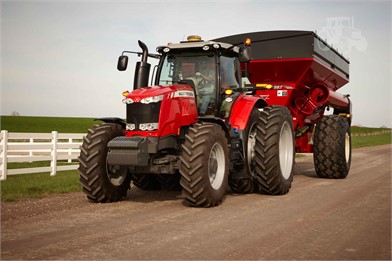 New analysis of updated data from the U.S. Environmental Protection Agency, combined with U.S. Department of Agriculture data, shows U.S. farmers and ranchers continue to reduce per-unit greenhouse gas emissions. All told, the U.S. agricultural sector accounts for less than 10% of total U.S. emissions. That’s less than the emissions from the transportation, electricity generation and industrial sectors. Globally, agriculture accounts for about 24% of GHG emissions.

The EPA’s U.S. Inventory of Greenhouse Gas Emissions provides a first look at 2018 U.S. emissions data, which is incorporated into a new Market Intel report from the American Farm Bureau Federation. The Market Intel report finds that per-unit methane emissions from livestock have declined since 1990 as livestock producers have increased productivity. During the past 30 years, U.S. milk production has increased 71% while per-unit emissions of milk have declined by almost 25%. Beef production has increased almost 50%, while per-unit emissions have fallen nearly 8%.

Meanwhile, American farmers are producing more crops on fewer acres, according to an analysis of USDA data. When compared to farm production in 1990, U.S. farmers would have needed almost 100 million additional acres to grow the same amount of corn, cotton, rice, soybeans and wheat they harvested in 2018.

The analysis builds on data shared during the launch of Farmers for a Sustainable Future (FSF), a coalition of agriculture groups aimed at educating lawmakers and finding solutions to challenges posed by climate change. The gains farmers have made in reducing their environmental footprint have been significant, and FSF supports federal investment in innovation, science-based research, voluntary conservation programs, resilient infrastructure, and incentives to assist farmers in furthering these efforts.

“Corn farmers are proud of their successful efforts to improve soil, water and air quality,” said Kevin Ross, president of the National Corn Growers Association, an FSF member. “These efforts are paying off in increased carbon sequestration and carbon retention in the soil, which helps offset agriculture’s relatively low contribution to U.S. greenhouse gas emissions.”

Learn more about Farmers for a Sustainable Future at www.SustainableFarming.us. To access the American Farm Bureau Market Intel analysis, go to www.fb.org/market-intel/ghg.