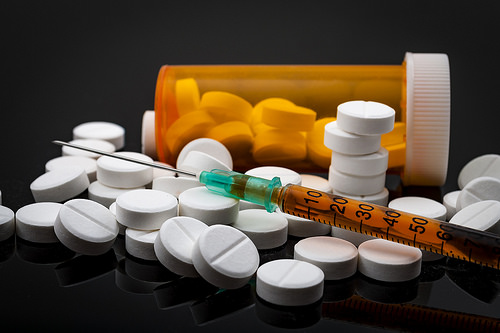 Opioid overdoses have surged since the COVID pandemic began. The Michigan Department of Health and Human Services reports that between April and May, overdoses increased by 33 percent.

According to Sarah Zastrow, founder of Cultivate Balance, the most technical reason for the increase is the closure of doctors’ offices and national borders.

“There’s less methamphetamines available on the street,” said Zastrow. “The usage or demand is increasing because people are at home, are bored, are in pain, or wanting something to do.”

These overdoses can be attributed to drug dealers supplementing street drugs like meth or heroin with the narcotic, fentanyl.

“[Fentanyl is used] to create a stronger drug, and people take the same amount as they’re used to or a little more to knock off the edge a bit more, and that leads to more overdoses,” said Zastrow. “From a practical standpoint, there are less drugs, so they’re being traded for different, more powerful drugs. That’s leading to more overdoses because it’s a change.”

Opioids can range from these illegal street drugs to prescription drugs like Vicodin and Xanax. With less people going to the doctor and fewer doctor interactions, Zastrow said more providers are prescribing a greater day’s supply of those drugs.

“They’re allowing a 60-day or 90-day prescription to be filled—not everybody is doing that, but there are those cases where that is happening,” said Zastrow. “That leads to people having more access to it. Either A) they lose track of it and somebody takes it or B) they take too much, whether that’s intentional or unintentional, leading to an overdose.”

There are also more barriers to treatment.

Zastrow said with no one keeping them accountable, it’s a lot easier for someone to relapse. She said those who suffer from addiction or mental health disorders really need social support, and it’s important to reach out to them.

“Check on a neighbor, a friend, somebody you haven’t talked to in a while because people are hurting right now—they’re really suffering.”

For more information about overdoses and resources for prevention and treatment, visit Michigan.gov/Opioids.