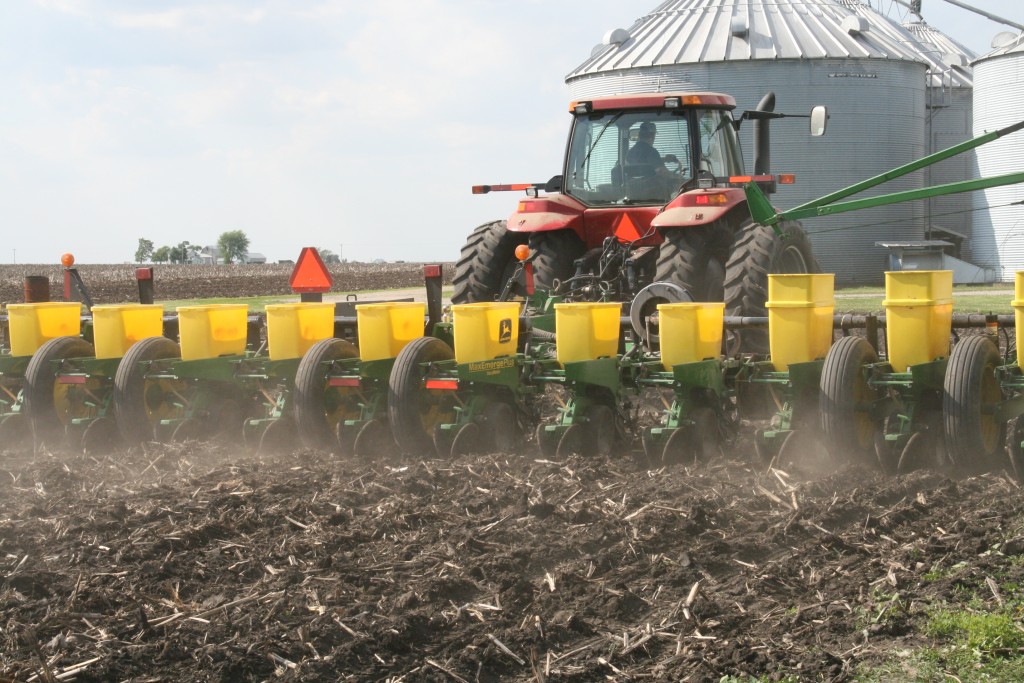 Some areas of the state experienced rain showers which slightly hindered field progress. However, that moisture contributed to growth of Michigan’s field crops.

Compared to 39 percent of corn being planted this time last year, 83 percent of Michigan’s corn is planted. 53 percent is emerged. According to Jim Zook, executive director of the Michigan Corn Growers Association (MCGA), favorable weather this week could push planters to the finish line.

According to USDA’s Crop Progress Report, 55 percent of Michigan’s corn is rated as good to excellent and 36 percent is fair. Zook said even in those areas with flooding, growers are still hopeful.

“We really set up this crop to be average to above average this year,” he said. “We did have some localized flooding over the past couple weeks. Some of those guys are seeing where they have to replant 15 percent of their corn acres. They got the first in, and they’re actually optimistic even coming in with replant at this point.”

Soybean planting is more than three-quarters of the way complete. 76 percent of the crop is planted, an increase of 47 percent from last year. 49 percent of the crop has emerged. Conditions for soybeans are also promising. 65 percent is rated in good to excellent condition.

Sugarbeet planting has reached completion with 94 percent of the beets are out of the ground. 91 percent of that crop is rated in fair to good condition.

Dry bean planting is underway in Michigan. One percent of the crop is planted.

Summer like temperatures last week pushed both fruit development and insect pressure. Tart cherries in the Northwest were in full bloom. Apples in the Northwest moved quickly through pink and into bloom. In the Southwest, apple bloom ended. Fruit in the most advanced sites were 3 to 6 millimeters with fruit drop underway. Apples in the East moved through bloom quickly and most bloom was complete. On the Ridge, apples were in early petal fall. Fire blight cover sprays went on before rains on May 25. Apple scab also remained a concern. Oriental fruit moth, redbanded leafroller, and codling moth flights were all underway. Growers set up mating disruption for codling moth to help combat the pest. Peaches in the Southwest ranged from in the shuck to completely out of shuck. In the East, peaches were out of shuck with the largest fruit at 10 millimeters. Fruit load varied widely with some blocks having a light or nonexistent crop with others having a crop that will need to be thinned extensively in June. Blueberries in the Southwest were in full bloom.

Asparagus harvest rapidly continued across the State this week, however several areas experienced increased asparagus beetle activity in some fields. Sweet corn planting was ongoing in the South and growth improved with the warmer temperatures. Both fresh market and processing tomatoes continued to be planted in the Southeast, while tomato, pepper and eggplant transplants resumed in the Southwest. Cucurbit planting began ramping up in west central Michigan. Potato emergence occurred throughout the region.