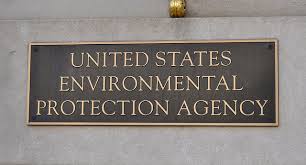 In 2015, the Obama administration disbanded the EPA’s Farm, Ranch and Rural Communities Committee (FRRCC). Five years later, the Trump administration is bringing it back.

“President Trump has been really clear about the administration’s commitment to agriculture and rural America, and this is part of that commitment,” said Carrie Meadows, agriculture advisor to the EPA. “Administrator Wheeler has also been very clear that his priorities at EPA is to restore the trust of the ag community with the EPA.”

She said that reinstating the FRRCC lives up to those commitments. A group of 33 individuals will provide a first-hand look at how EPA’s decisions will impact rural America.

“[We will] hear their input and look at their recommendations of how we can contribute to work with them,” said Meadows. “Farmers are the original conservationists—they live off the land. They want to be good stewards of the land, air and water. They are a natural partner here at EPA.”

The 33 members are from all of EPA’s 10 regions. The majority of them are actively involved in agricultural production. Meadows said these individuals represent a cross-section of agriculture.

“[They’re] representing different commodities, different regions, allied industries, and academia,” she said. “One of the things that’s really important is the state, local and tribal government aspect of this because they’re our on-the-ground partners with farmers and ranchers. Having them as part of it will be very beneficial. We also have nongovernmental organizations.”

These individuals could address a variety of issues such as water and air quality issues, pesticides, food loss and waste, and emergency response.

“These are people who have experience working on these issues, building consensus and have a lot of demonstrated experience so they’re going to be a great asset to us at EPA as we get into agriculture and rural America.”

Meadows hopes meetings will begin late summer or early fall, whether in person or virtually. Jim Zook, executive director of the Michigan Corn Growers Association was selected to be part of the committee.

“I am honored to be appointed to the Farm, Ranch, and Rural Communities Committee,” said Zook. “It is critically important to include the voice of farmers and agriculture industry experts when making regulatory decisions that affect our growers’ livelihoods. I thank EPA for the opportunity to serve on this committee and look forward to representing Michigan’s corn farmers.”