The new Dairy Margin Coverage program will be paying out more than $300 million this year. The National Milk Producers Federation says none of the assistance would have occurred under the old Margin Protection Program.

USDA extended the deadline for the Dairy Margin Coverage program in hopes more dairy producers would enroll for the new program. More than 22,000 dairy producers signed up. That’s just a little better than half of eligible producers.

Earlier this week at the World Dairy Expo in Wisconsin, Ag Secretary Sonny Perdue expressed disappointment in the number of dairy producers signed up for the program.

“I don’t know whether farmers are still thinking about the old program or not. This is a totally new program. It’s a much better risk management tool for dairymen, and I, frankly, can’t understand anyone, certainly anyone that is producing less than 5 million pounds of milk, not participating in this program.”

Michigan Ag Today spoke with Senate Ag Committee Ranking Member Debbie Stabenow back in June about the program. She said it was one of her top priorities for the 2018 Farm Bill after the flawed Margin Protection Program from the previous bill.

For those that did sign up, Stabenow says, “This is a very different program. Unfortunately, in the last farm bill at the end there were those that came in to make cuts, and despite our best efforts to fight that, there were cuts made in the dairy program that really put it in that situation where it just wasn’t effective enough to really make a difference and really help during this downturn. (This program) is much better, much more robust… it will help farms of all sizes, have a lower cost… more coverage. All the way around, it is a much better program.”

An analysis of the program found that under the old MPP rules, the total paid out under the entire program so far this year would have been $75,000, about $3 per farmer and a net loss after premium costs.

Wisconsin signed up the largest number of farmers, while California enrolled the highest production volume of any state. NMPF CEO Jim Mulhern says, “The Dairy Margin Coverage program has proven its worth.”

Enrollment into the program for 2020 begins Monday. 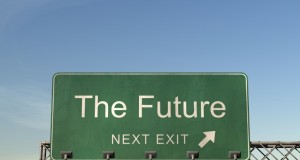 Commentary: Things Have Got to Change Around Here

Gary Truitt -
Change on the farm is easy and hard. It can happen quickly and at the speed of molasses in January.  When Roundup herbicide hit... 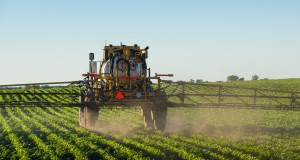 Jury Rules in Favor of Missouri Farmer in Dicamba Case Against...

Ashley Davenport -
After a three-week trial in federal court, a jury has ordered Bayer AG and BASF must pay $265 million in total damages to Missouri's... 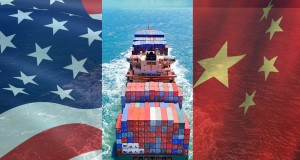 Ashley Davenport -
Friday marked the first official day that the Phase One Trade Deal was in effect. Tariffs on both sides of the agreement are officially...

Commentary: Things Have Got to Change Around Here

Jury Rules in Favor of Missouri Farmer in Dicamba Case Against...