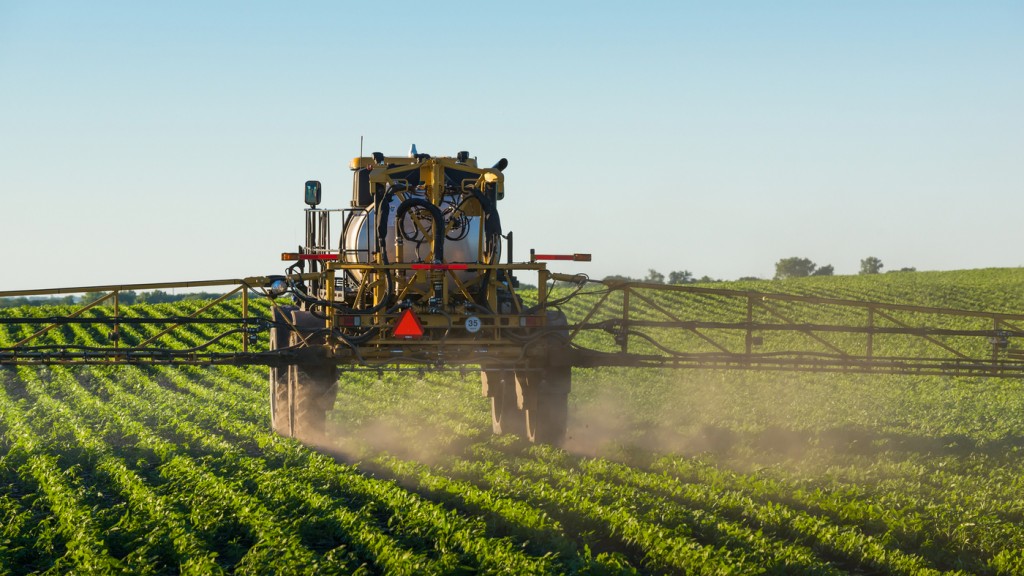 Earlier this month, EPA announced it cancelled its approval of the weed killer dicamba. However, it’s still allowing producers to use the product.

“The cancellation order they issued for XtendiMax and Engenia FeXapan gives tow basic directions,” said Chuck Lippstreu, president of the Michigan Agribusiness Association (MABA). “The first is based on the court ruling—the distribution sale of those products is prohibited. But growers and applicators that had existing stocks on hand the day of the court ruling, June 3, can use those consistent with the previously approved labels until July 31.”

Lippstreu said there is flexibility to avoid sending the industry into chaos during the middle of the growing season. Needless to say, dicamba has been a real lightning rod. It’s a product many consider to be essential for weed control.

“There’s been a variety of issues surrounding dicamba over the years—it’s a hot topic,” said Lippstreu. “It’s a chemistry that’s resulted in quite a bit of policy and legal discussion the past several months and years.”

He added that chemistry is “critical” to the daily lives of agriculture.

“Whether you’re a farmer, an applicator, or anybody in agriculture, being able to innovate and use tools to help grow crops is central to everything we do,” said Lippstreu. “We were disappointed to see the Ninth Circuit ruling at pretty much the worst time in the growing season that creates a huge amount of uncertainty—even with the clarification from the EPA.”

It all boils down to responsible use of a chemical product, and Michigan has been one of the leaders when it comes to educating responsible applications.

“Michigan has one of the most robust training and certification programs for applicators—both private and certified—in the nation,” said Lippstreu. “It’s something we’ve had for some time. The industry has been a partner with MDARD, and we have a strong relationship in making sure applicators have the latest knowledge.”

Secretary Sonny Perdue issued the following statement on the ruling:

“USDA supports the actions taken by the EPA to respond responsibly to the decision of the Ninth Circuit regarding dicamba. At a time when the security of the food supply chain is paramount, the Center for Biological Diversity and its allies seek to cripple American farmers and further limit their ability to feed, fuel, and clothe this nation and the world. The Ninth Circuit should not allow plaintiffs’ hostility against the American farmer to cloud the fact that the EPA’s actions follow both legal precedent and common sense.”