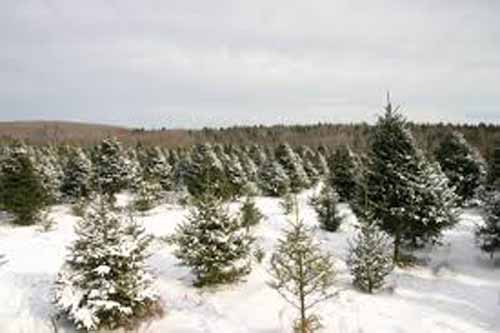 After some overnight showers, most of Michigan will see a mix of sun and clouds throughout the day on Tuesday that are drifting across the Great Lakes. However, a surge of warm air from the south and southwest will arrive Tuesday afternoon, creating balmy conditions through Wednesday.

“Temperatures are going to be well-above normal,” said Ryan Martin, chief meteorologist with Michigan Ag Today. “That’s going to trigger some clouds, and I won’t rule out a few sprinkles through the day.”

Martin is forecasting the biggest threat of precipitation will begin Wednesday evening into Thursday.

“Between sunset and midnight, we’ll see some rain over parts of Michigan—particularly in eastern areas, but after midnight, mostly snow,” he said. “We could see a few inches over a good part of lower Michigan with higher totals earlier and longer in the western UP, but everything is done by sunrise Christmas Eve.”

Temperatures for Christmas Eve will drop significantly, and those below normal temperatures will remain throughout Christmas Day on Friday.

Another system is set to move across Michigan Sunday night into Monday, which could bring several inches of snow.

“The system at midweek seems to miss us to the south, and we’re cold again to flip the calendar into the new year,” Martin added.