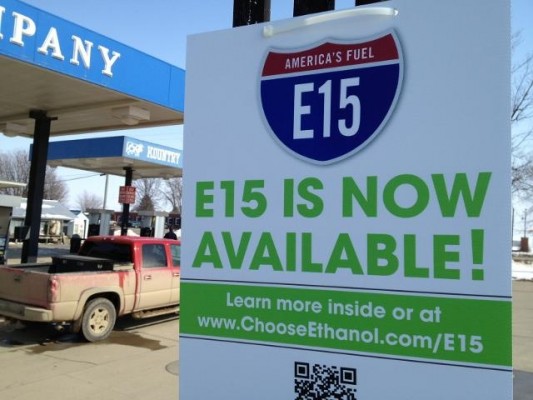 When the federal appeals court tossed out an EPA rule change on the sale of E15 during the summer months, lawmakers sprung into action.

Both the House and Senate have introduced legislation to give EPA the authority to keep E15 in pumps across the country all year long.

“Once we do that, it pretty much takes these decisions out of EPA and puts it into law, which is what we need—that way we’re not bouncing back and forth between administrations,” said Jim Zook, executive director of the Michigan Corn Growers Association. “These are good—it actually puts a surety in the market.”

He adds it also provides certainty for all parties involved in ethanol infrastructure.

“As a retailer, one of the things they’re looking for is, ‘If I put this pump in, will I be able to do it?’” said Zook. “When we have legislation that pretty much says, ‘Yes you are able to do that,’ then you’ll start to see more stations offering [E15].”

According to the U.S. Department of Energy, more than 2,000 stations across the country offer E15. Zook said it also provides consumers the choice to determine how they fuel their vehicles.

“If we price according to costs at the pump, E15 will be cheaper than an E10 or 87 octane, even though the octane number is going up,” he said.

The biofuels industry frequently faces headwinds. This week, the American Bakers Association is requesting the Biden administration to peel back some of its biofuel goals. They’re citing it could increase the cost of baked goods like doughnuts. Zook says this food vs. fuel debate is old history from 2008.

“It’s been proven time and time again that doesn’t happen, so they’re trying to revitalize an old argument that is really invalid at this point,” he said. “That’ll be one we’ll have to see what’s happening on it and then we’ll go from there.”