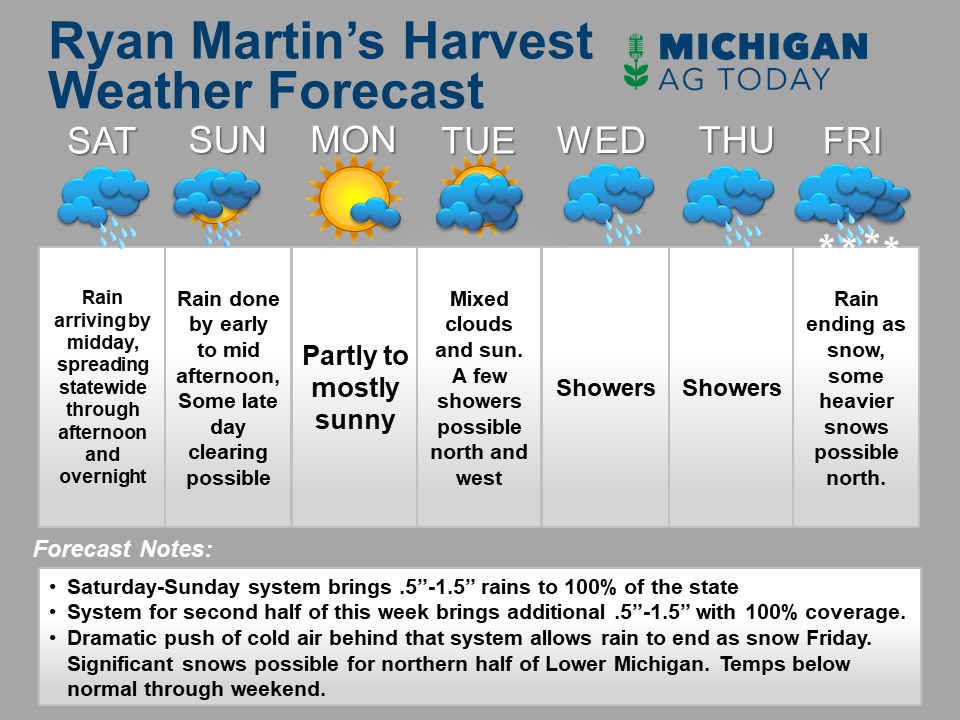 Harvest progress likely takes a hit this week, although we probably are not as bad off here as areas farther to our south will be. The remains of a tropical system will be lifting north Saturday and we expect moisture to arrive early to mid-afternoon in southern Michigan. From there, the action continues through the overnight and Sunday morning. We should see rain leaving the state early to mid-afternoon. Over the 24-hour period, the entire state can see rain totals of .25”-1.5”.

Some clearing works in Sunday late afternoon and evening, but mostly in the south and west parts of the state. Partly to mostly sunny skies are expected for Monday. Tuesday will feature a mix of clouds and sun, and we can’t rule out a few scattered showers in the west and north, but most of the key areas where we need to work on harvest the most see little to no Tuesday action. That will turn out to be just a short-term reprieve.

Wednesday and Thursday will hold scattered showers over the southern part of the state, mostly from I-96 southward. However, overnight Thursday night through Friday the moisture expands north, and then we see cold air rush in. This will give statewide rains, followed by rain ending as snow. There can be some significant snows Friday midday and afternoon over the northern half of Lower Michigan. Even in areas where we stay snow free, or only see a few flakes…the change to colder air will be impressive. Total precipitation from this event (liquid equivalent) will be another .5”-1.5”

Saturday, Sunday and Monday will all be typical late fall/early winter type days in the wake of a frontal boundary. We will see clouds and some sun, but a blustery, chilly and even damp feel. While we can’t rule out sprinkles or flurries, there will not be a lot of available moisture to work with. However, this kind of set up does not lend itself to fast drying or a quick resumption of harvest. The map shows cumulative moisture potential (liquid equivalent) of the next 10 days. 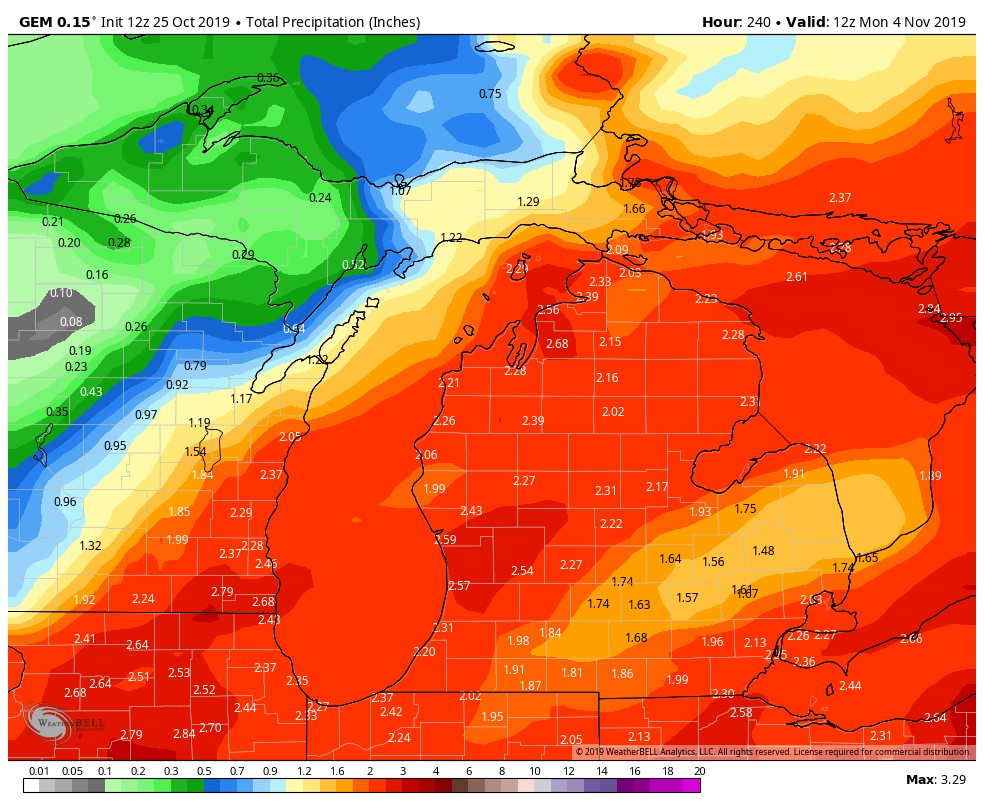 Outside of a few scattered showers on the 6th, the rest of the 11-16 day forecast window will be partly to mostly sunny, and we actually turn mild.

Models continue to point toward a slightly more active week 3 and week 4 period. The main catalyst will likely be moisture moving up from the south. However, we think models are reading too much into the tropical moisture triggering these south rains early in the forecast period (this week/next), and therefore are not handling the rain potential longer term in the right manner. We think we see 1-2 rain chances on smaller scales through the week 3 and week 4 period…so there will be some harvest windows to work around…but it will not be as “wide open” as perhaps we have gotten used to lately. Temps do recover and go close to normal through the end of November. 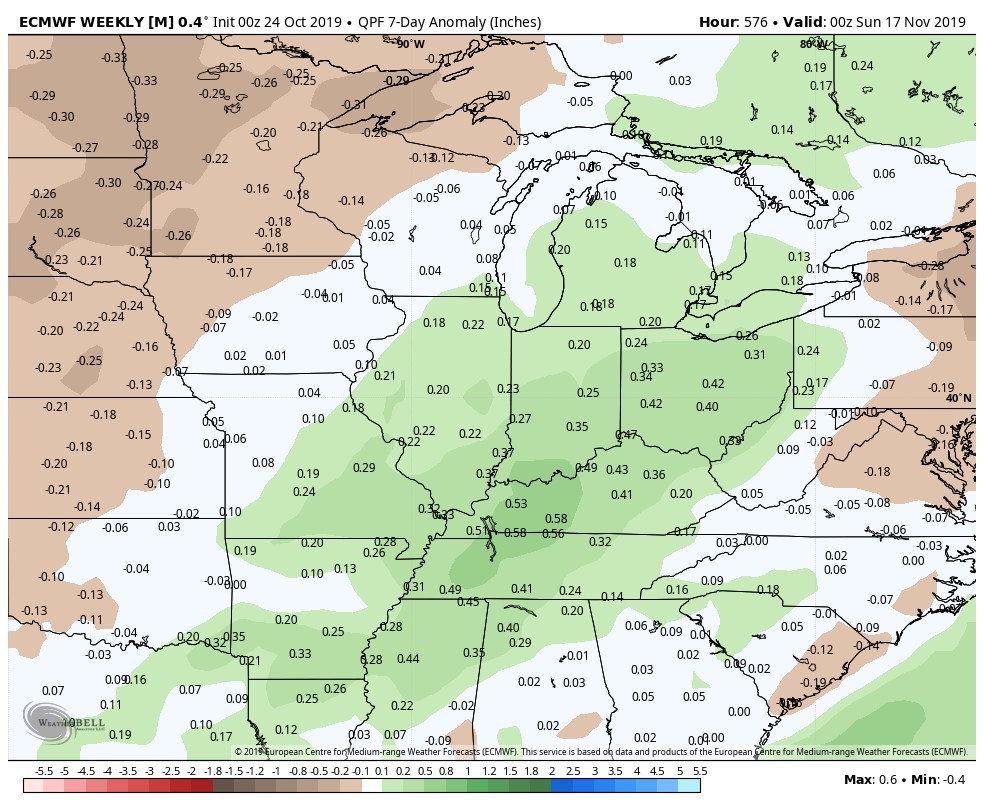 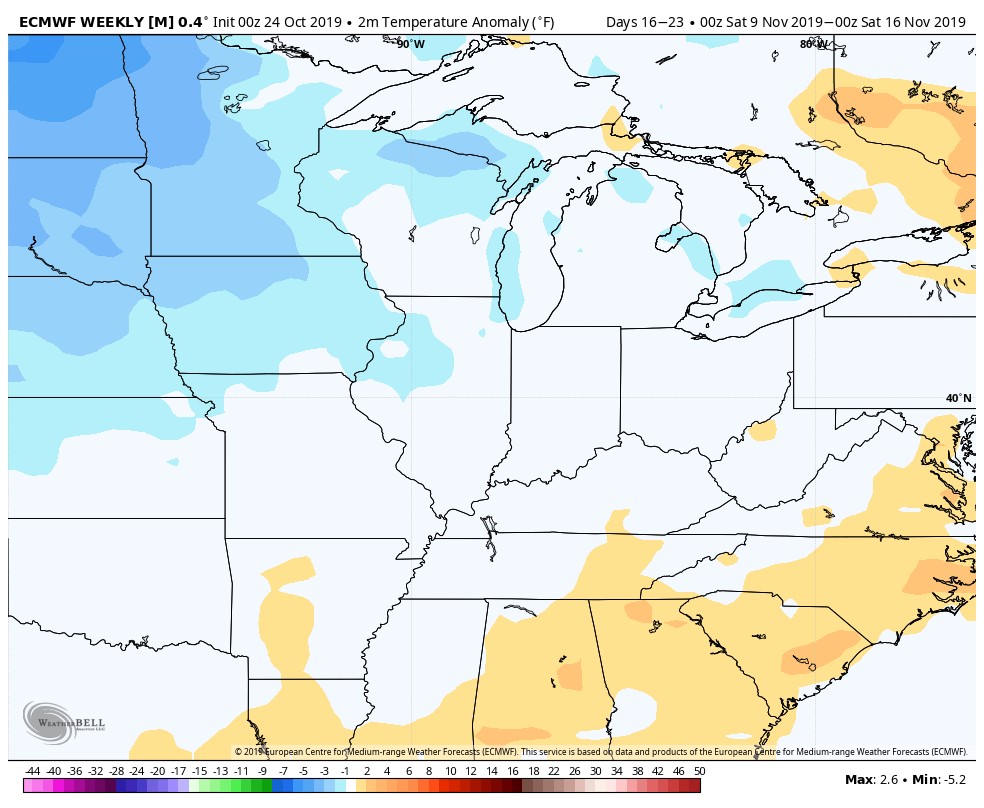 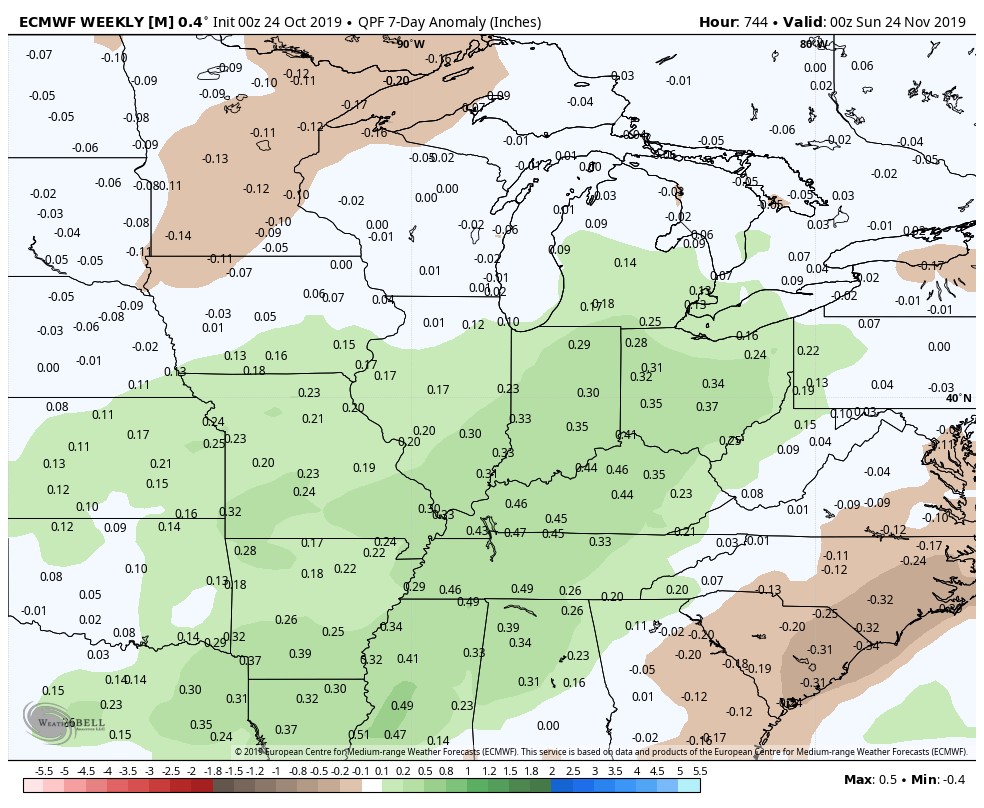 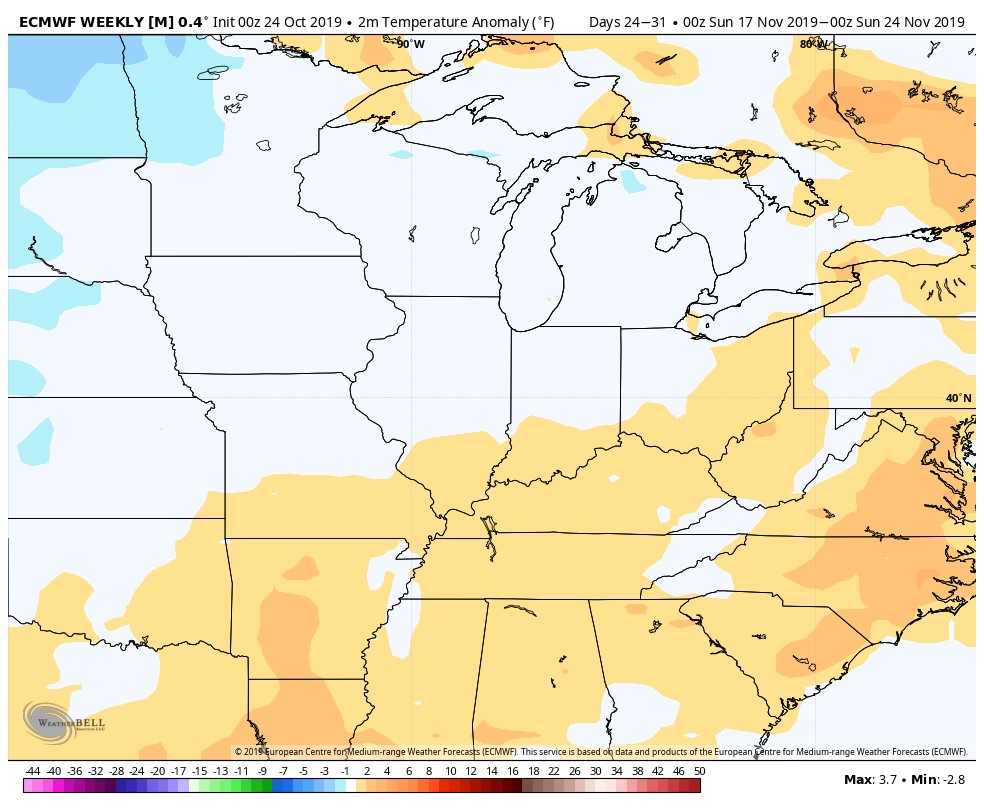