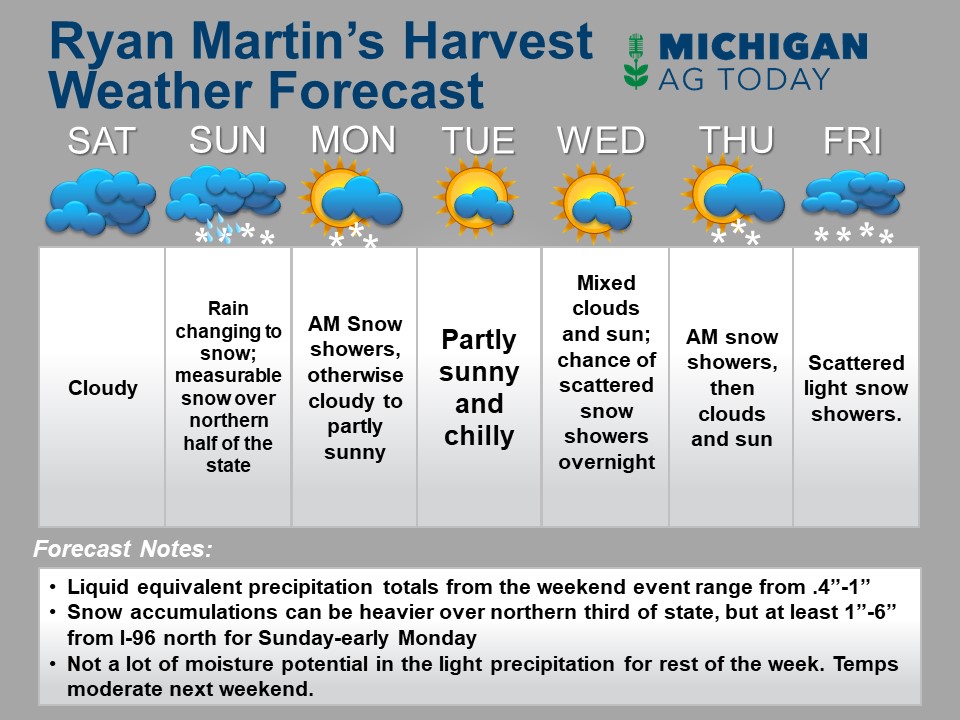 A major storm complex moves across the eastern Corn Belt this weekend, but we actually will be able to call it just a glancing blow over most of Michigan. We see plenty of clouds around to start the weekend, but while rains ramp up to our south on Saturday, we really don’t get going in many areas until Saturday night. There can be a few minor spits and rain showers in areas from I-94 south Saturday but the rest of the state stays dry.

Overnight rain spreads north and east in Michigan, before mixing with and/or changing to snow after sunrise Sunday morning. The snow (or in the south, a rain-snow mix) will continue through most of Sunday before ending. From I-96 north we can see snow of 1-6”, (higher totals in far northern locations) while from I-96 south, we expect no significant accumulations, and just a wet, sloppy mess. Liquid precipitation totals will end up being .4”-1” combined through the event.

We are dry and chilly for Monday through Wednesday. Clouds return Wednesday night and Thursday morning, bringing a bit of light snow scattered over Michigan. A fresh coating to an inch the most likely outcome. Another front sweeps through quickly on Friday yielding similar precipitation chances. Coverage out of each will be 60% or less. Next weekend finishes the 10-day period dry, and temps should moderate some on Sunday the 8th. 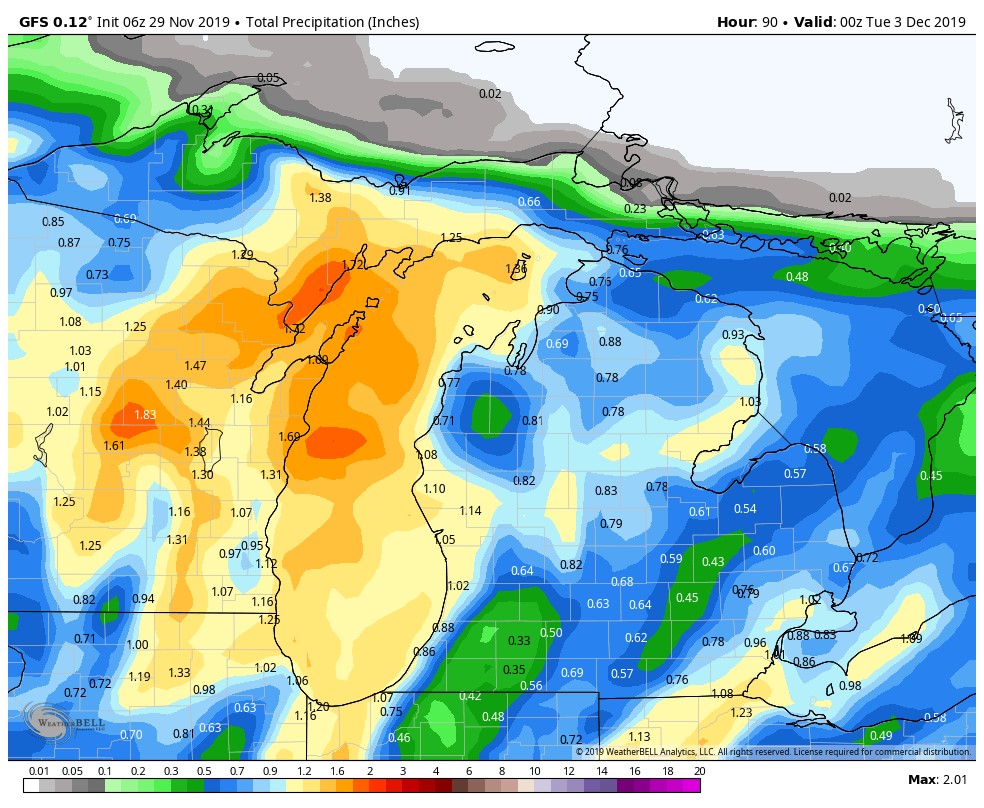 Scattered showers mover through Monday the 9th and may end as some wet snow. Liquid equivalent precipitation totals will be from .25”-.5” with coverage at 80% of Michigan. We are dry for Tuesday the 10th and Wednesday the 11th. Another system moves through for Thursday the 12th with .25”-.75” of liquid equivalent, again rain to start with a chance of snow as the precipitation ends. Models suggest another system with a more southern track for Saturday the 14th, and if the track stays where it is right now (not likely…way too much time for this system to move and evolve), we would be looking at some better snow potential. We will keep an eye on that system.

Week’s 3 and 4 show a slight rebound in temps, but near normal precipitation. This means we see tough “significant dry down” conditions, as we likely add at least a little bit of moisture to the state each week. That being said…if we can get through the next 2 weeks with minimal moisture or at least less than we are seeing right now, we will still have an opportunity to slowly work through the rest of what is left over the weeks ahead. 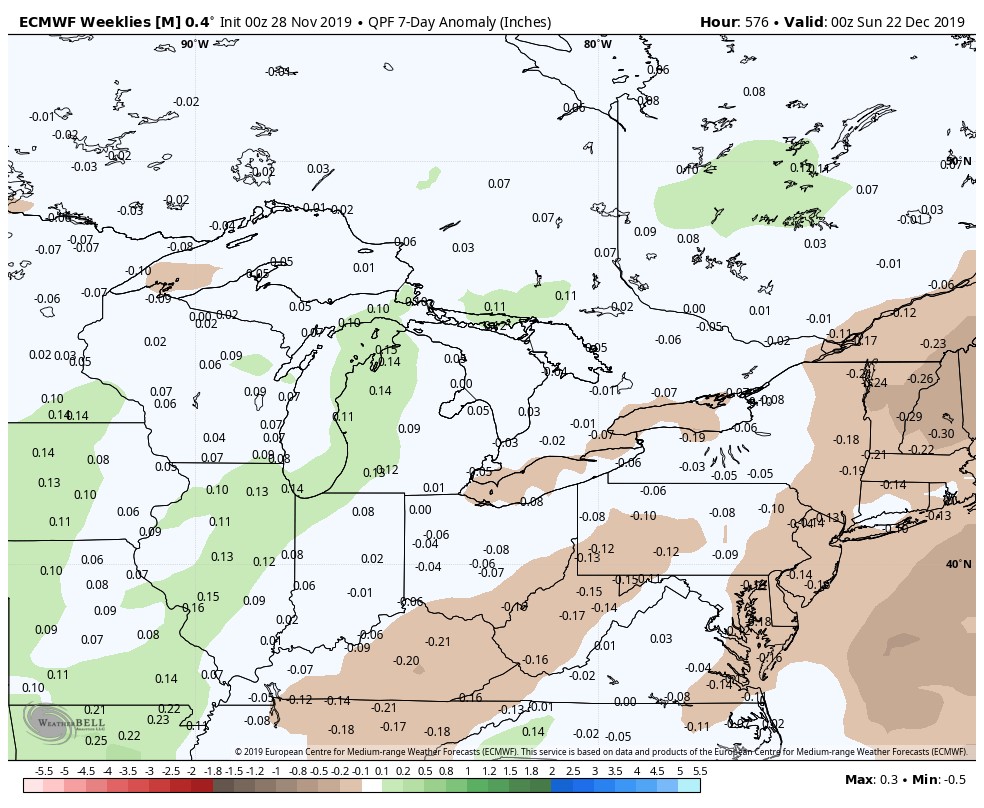 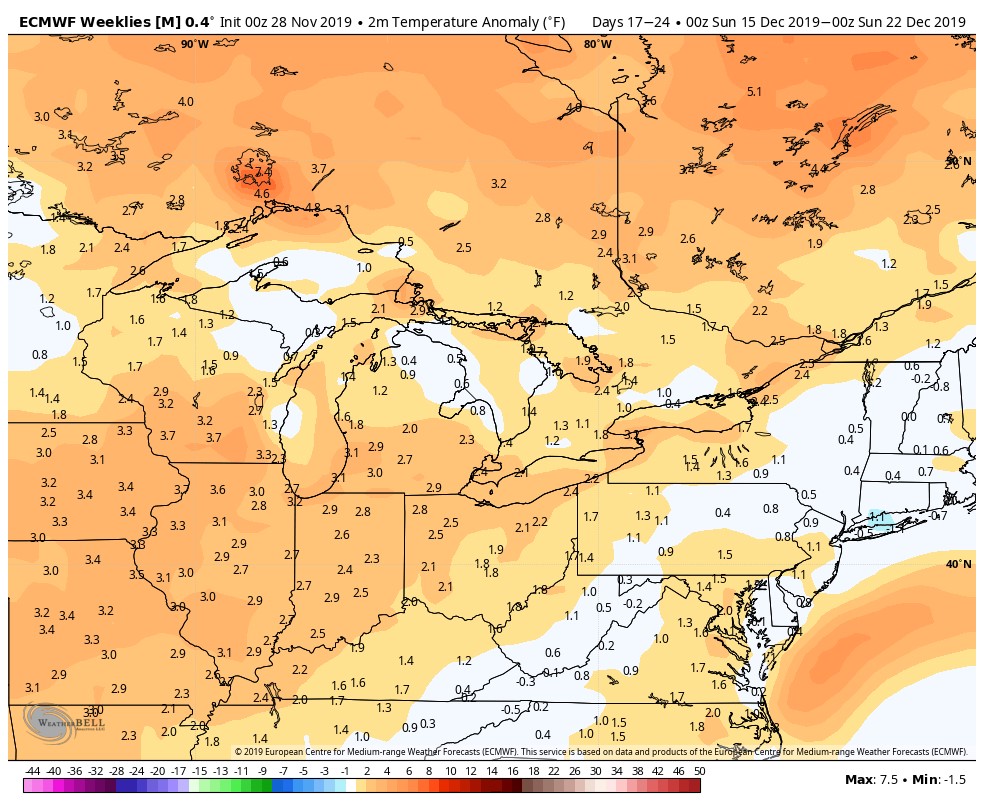 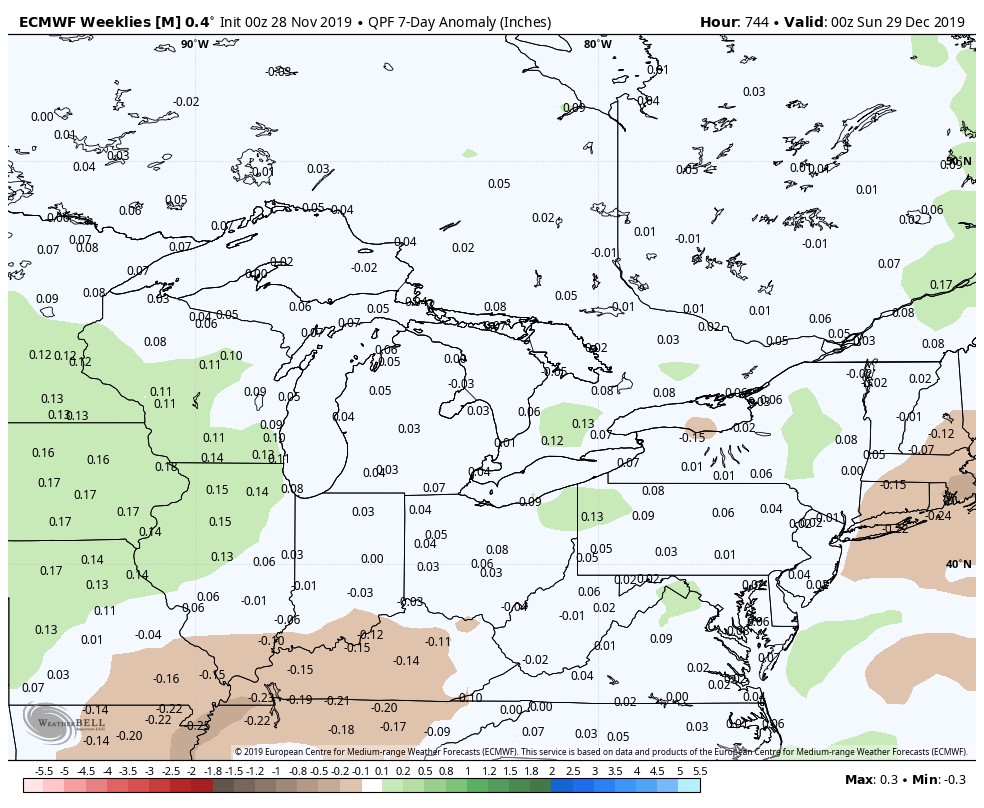 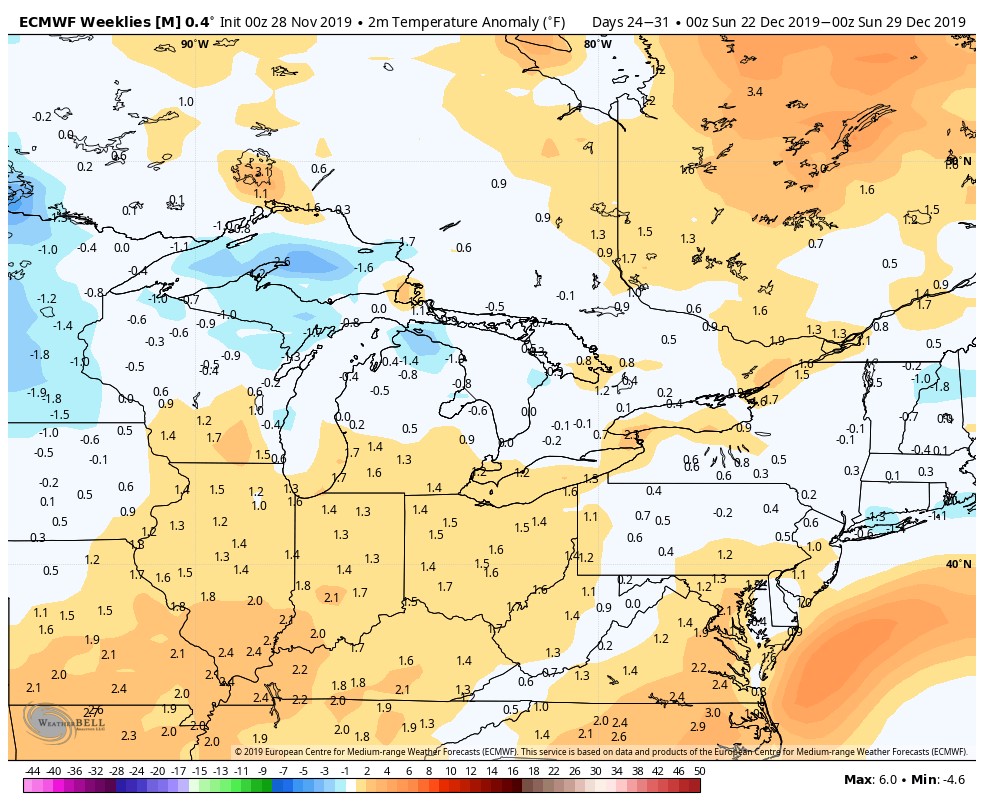 Tranquil Weather to End the Week Before Late Weekend System