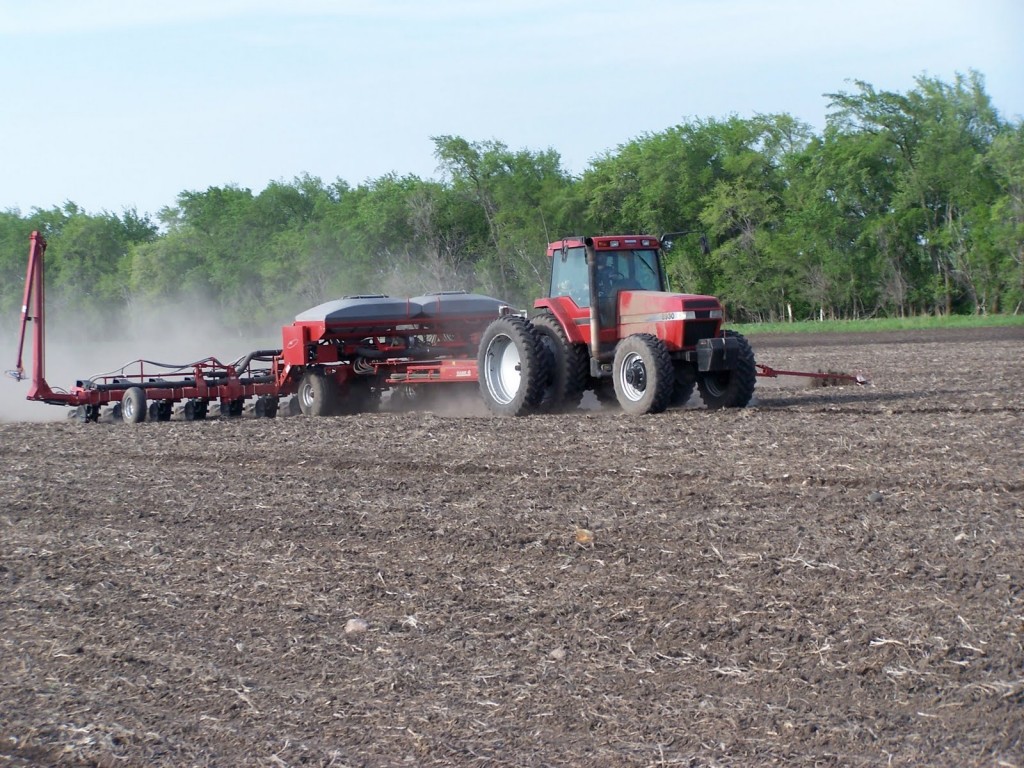 To have bin-busting yields in the fall, growers need to set a good foundation in the spring. Weather and the environment are two drivers that can’t be controlled, but according to Christopher Bauer, Pioneer agronomist, there are four things that can be controlled.

“The first one being achieving uniform emergence—that can impact yield anywhere from 5 to 9 percent,” he said. “Research has shown that delayed emergence can reduce the yield of individual plants in a stand. However, the notion that a plant emerging more than 48 hours after its neighbor is a weed is clearly not supported. Careful attention to managing planting depth, seed trench compaction, surface crusting, seed furrow closure, and surface residue can help minimize these yield losses.”

For the most part, farmers have taken advantage of the planting windows Mother Nature has provided. Planting within this optimal window is the second factor growers can control.

“By doing that, you can impact yield by 2 to 5 percent, so it’s a little lower, but it’s still something,” said Bauer. “Results from Pioneer planting date studies that have been conducted over 18 growing seasons show yield was maximized when corn was planted within the two-week period around that optimum planting date. The optimum planting date was April 30 for the northern Corn Belt. Yield declined for planting dates following the optimum window, and the rate of that yield decline increased with delayed duration.”

The third is having the correct population, which can impact yield 1 to 2 percent.

“Unlike planting timing, which is often heavily influenced by weather, plant population as a yield determining factor largely is within the control of the grower,” said Bauer. “Determining and achieving the ideal population to maximize yield is complicated as stats and population of a given situation can be influenced by a number of factors such as yield level, hybrid and weather conditions.”

The final factor is uniform plant spacing, which can positively impact yields by a small amount.

“Singulation readings on planter monitors are valuable, real-time indicators of meter performance, but poor predictors of the agronomic consequences of the common, unrealistic, non-ideal planting outcomes,” said Bauer. “With in-row spacing, uniformity does impact grain yields; however, whole field impacts on grain yields are usually relatively small, averaging 1 to 2 percent. A skip rather than lack of uniformity and seed spacing can contribute the most to corn yield loss.”