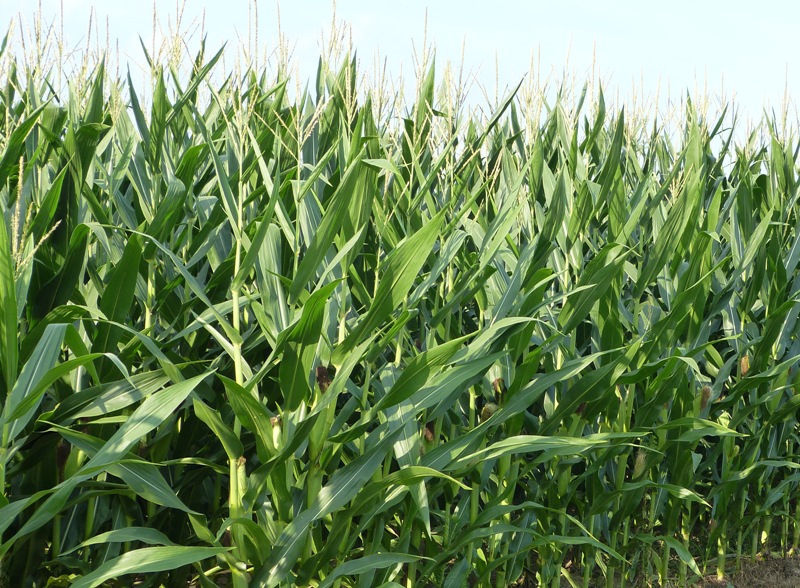 As private firms have released their yield forecasts ahead of USDA’s Crop Production report next week, the grain markets have struggled. The nearby September corn contract is the lowest it’s been since 2006 and a lot of producers are wondering how low it can go.

With prices being so low, the U.S. has some of the most affordable corn in the world, according to Karl Setzer of AgriVisor.

“We’ve got the most abundant and available stocks for export at the present time,” he said. “You’ve got to get a feel that pretty soon we’re approaching a bottom. That doesn’t mean corn is going to take off and rally straight to the upside, but the persistent pounding has to be coming to a halt pretty soon at least until we see something come out that would be absolutely bearish.”

“There’s a lot of demand for new crop corn, so we’re sitting here with demand out the door on that new crop,” he said. “China’s buying, Mexico’s buying, just about everybody’s coming to the table for U.S. corn. Low prices do cure low prices eventually, so it shows we’re competitive.”

Setzer said there should soon be a halt in the corn market’s slide, but there’s a “dark cloud” over the market with all these forecasts of a record yield.

“We have 182 to 183 bushels per acre floating through the market—new crop carryover potentially 3 billion bushels,” he said. “It’s a dark cloud we can’t get out from under even though we have good demand.”

The U.S. Drought Monitor shows that roughly 2/3 of Iowa is experiencing some level of drought. Setzer talked with some sources in Iowa that say while it’s taken the top end of the yield off the crop, it’s still going to be strong.

“Nobody I’ve talked to out there said the crop is even remotely bad,” he said. “You got to remember that the places in Iowa that aren’t suffering from drought are amazing. Southern Minnesota has one of their best crops coming ever. I’m having a hard time thinking that the crop has been devastated by any means.”

The soybean market also has been struggling, and the funds have been holding a long position, making them not eager to buy. Setzer said the situation is similar to corn with increasing yield estimates and good demand.

“They’re looking at a 4.5 billion bushel crop for the U.S.,” he said. “We’ve seen good demand, and we’re going to have an adequate carryout. What the trade is looking at and the concern is coming from what’s happening in South America.”

Some forecasts are showing that the South American soybean crop will come in at 5 to 6 million metric tons more than this year.

“That doesn’t seem like a lot, but it’s one more month of export sales out of Brazil we have to worry about—it’s one less month of sales that we potentially get to make into the global market,” said Setzer.

As for wheat, there’s been a lot of volatility in that market. Since July 15, the nearby contract has lost around 45 cents. Despite these losses, there is a lot of demand for U.S. wheat. CENSUS numbers show that July exports will total around 90 million bushels, which Setzer said is the strongest start the U.S. has had to a yearly export program since 2009/10.

Setzer said that while futures have been falling, basis for interior market buyers aren’t looking for coverage.

“Some of our mills in Michigan are talking that they’re not going to take wheat deliveries until October, November—that’s what’s hanging over the market right now,” he said.

To hear Setzer’s full comments, click on the player above.