The existing Farm Bill doesn’t expire until September 30th of next year, but in “Farm Bill years”, that’s rapidly approaching. Farm groups are already setting their priorities for the upcoming legislation. 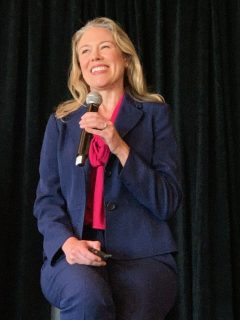 Christy Seyfert, American Soybean Association Executive Director of Government Affairs, shared with us some of ASA’s top priorities at an event in Indiana last week. 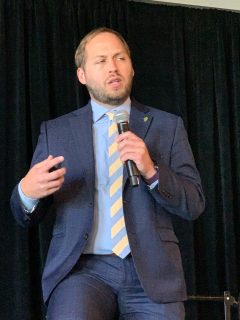 Wayne Stoskopf, Director of Public Policy for Risk Management and Tax for the National Corn Growers Association was also in attendance. He says NCGA is looking at a lot of the same issues, especially protecting crop insurance.

“Corn growers and others in agriculture have to continue to tell the story of why the crop insurance program works and why it’s so vital. We’ve heard and seen on the ground that drought is a major concern again this year. Without crop insurance, it would really impact folks’ ability to plan ahead and be able to continue to operate and recover from those disasters.”

Stoskopf says they’ll likely again have to fight off budget attacks or proposals to reform the crop insurance program from some members in Congress, so he again stresses the importance of telling your story.

“We’ve got a success story. It works really well. I’m sure there are ways we can continue to strengthen it, but first and foremost we need to do no harm to the federal crop insurance program.”

Seyfert adds that the budget for the Farm Bill is also a priority. She says they’re not just looking for a bigger portion of the budget pie, they believe the pie just needs to get bigger.

“It’s not a right now, must-have a budget scenario, but it is a longer term, next spring, we really need to have greater resources to write the next Farm Bill. That would enable these and other priorities to be achieved.”

Seyfert and Stoskopf shared their thoughts on the Farm Bill during a panel discussion with MAT’s Eric Pfeiffer at the Indiana Corn Growers Association and Indiana Soybean Alliance Ag Policy Summit Thursday.