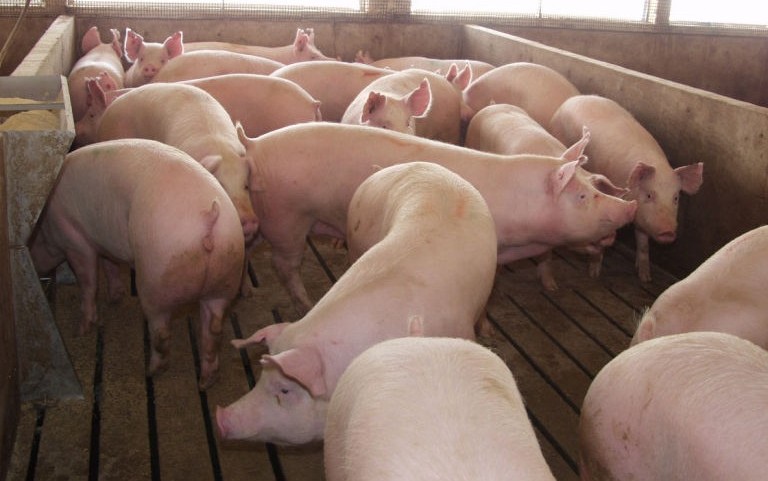 2020 was supposed to be a promising year for the pork industry. Producers were expecting to make a $10 profit on every hog. But those expectations came to a screeching halt with the COVID-19 pandemic.

“It looked like we had the export markets opened up, and there was a lot excitement coming into the year,” said Mary Kelpinski, CEO of the Michigan Pork Producers Association. “And then COVID-19 hit and now producers are losing $40 to $50 a pig, if not more.”

The pork industry is comparing these losses to 1998. 2020 maybe different fundamentally, but there is still a problem getting pigs through the production pipeline.

“In 1998, we had some processors that had gone offline, and that’s what is happening with COVID-19,” said Kelpinski. “[Processing plants] have employees that have either contracted the virus or have to stay home with sick kids or have to take care of somebody that’s sick. We’re seeing that impact the ability to get pigs processed.”

With this bottleneck at facilities, Michigan’s pork producers are trying to figure out what they’re going to do with the hogs. Kelpinski says some are putting hogs on holding diets or looking for extra space. Those decisions come with a dip in quality or added cost.

“You’re still putting money into the pig,” she said. “We’re losing money every day on pigs, and you want us to hold them and fee them for longer? No matter what the diet is, it’s still going to cost the farmer some money.”

“Some of the producers have been told not to bring all the hogs that they’ve contracted,” she said. “They are working out arrangements where they can hold the hogs a little bit longer so they can pick up some of that slack from processing plants in other states that are not open.”

Last week, the USDA unveiled its Coronavirus Food Assistance Program (CFAP) to give direct support to all types of ag producers. Roughly $1.6 billion has been allocated to pork producers. Kelpinski says it might help some smaller, niche operations, but it won’t relieve any pain for commercial operations.

The payments could be received in late May or early June. With farmers losing money every day, Kelpinski doesn’t know what the landscape of the industry will be.

“I don’t know how much longer some of these farmers are going to be able to hold on—it might be too little too late,” she said.

Since farmers losing so much money, Kelpinski has heard rumors that some have started to cull. She says that it’s a last resort, but with the growing uncertainty, it’s something producers are considering.

Tranquil Weather to End the Week Before Late Weekend System