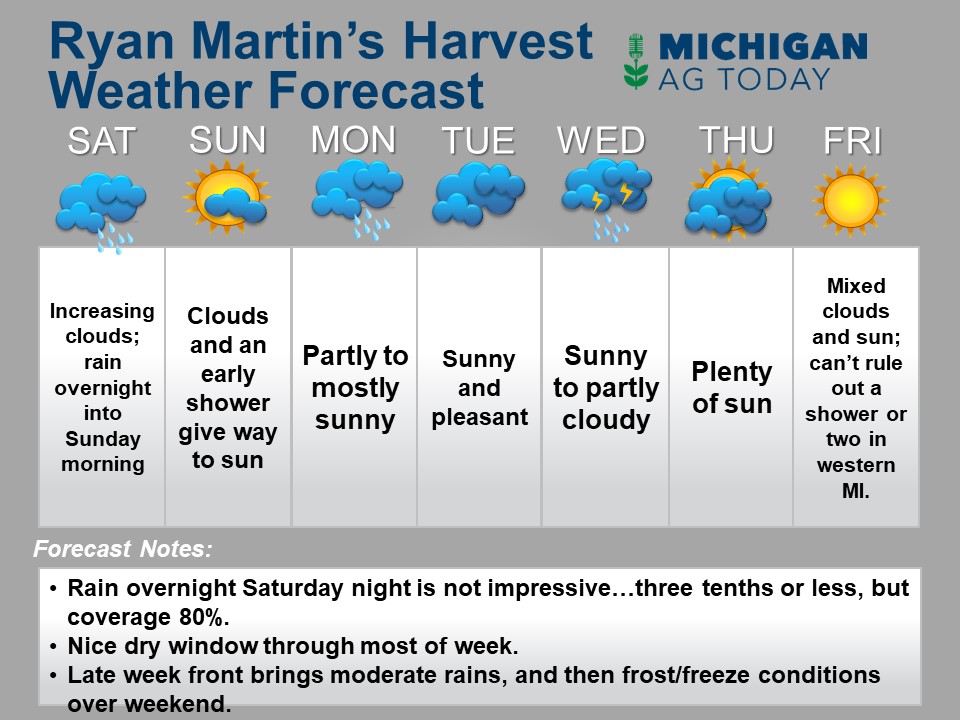 A much better week coming for fieldwork, but we also see it usher in much colder temps.

Clouds builds through the day Saturday as a system moves toward the region from the west. Rains develop near or shortly after sunset and then continue overnight Saturday night. However, most action will be done and gone before we get to Sunday morning. We do not expect anything more than a renegade shower past 8AM on Sunday. Rain totals overnight Saturday night will be .3” or less, coverage at 80%. We turn out partly sunny and dry the rest of Sunday.

Partly to mostly sunny and dry Monday through Thursday this week. On Friday we are mostly dry too, but clouds will start to develop. This will be in advance of a front that moves through the great lakes and eastern Corn Belt over the weekend. On Friday, we expect nothing more than a shower or two will develop in western Michigan. But for Saturday and/or Sunday, the frontal passage will bring .25”-.75” at least with coverage at nearly 100% of Michigan. Timing is uncertain on the exact frontal passage, because the low is strong and the storm so far has shown a propensity to slow in its progression. But, the moisture potential is clear. Stay tuned to Michigan Ag Today for updates on the timing through the week.

Behind the front, we see cooler, drier air with Canadian high pressure settling in over the Great Lakes. That means we are looking at frost and freeze potential in the immediate 2 mornings behind the frontal passage. Morning lows will be from 28 to 36 degrees in all key growing areas, the way it looks right now. Remember…that is a week out, so perhaps we can see some air mass modification. However, this set up has been pretty consistent so far, and it looks like a firm end to the growing season may be upon us.

Dry and pleasant through the remainder of the 10 day window with sunshine and blue skies through the 15th. Temps stay normal to below. The map below shows 10 day rain potential. 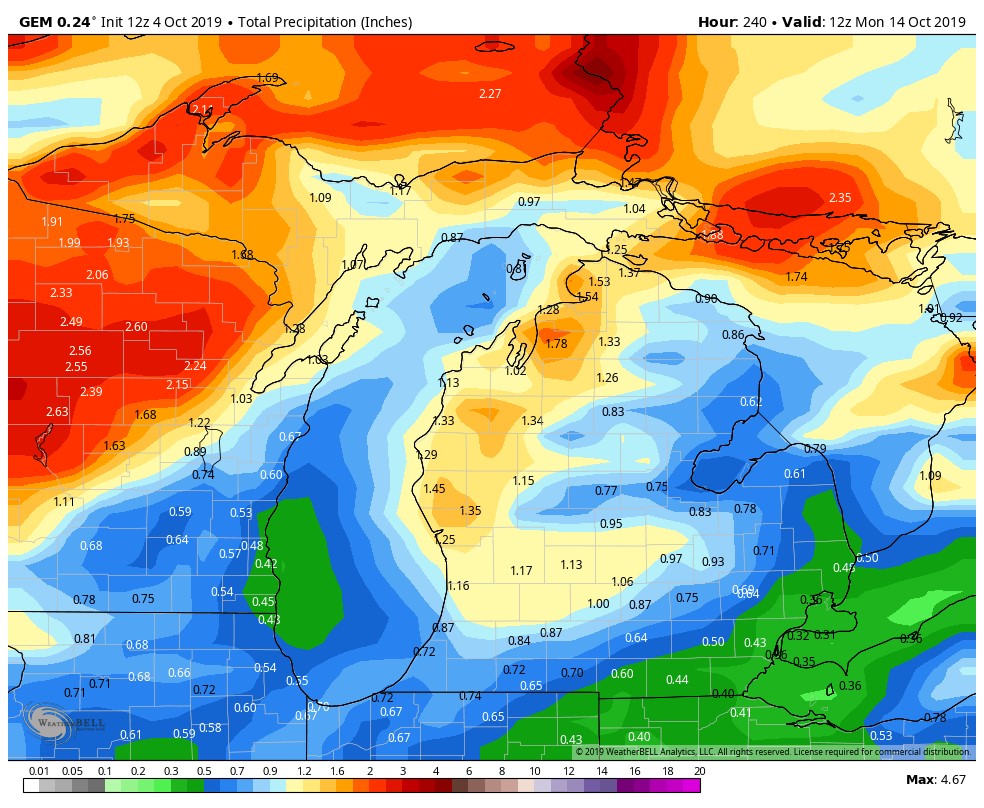 For the extended 11-16 day period, we have a small chance of rain from I-96 southward around Wednesday the 16th, mostly well north of I-70, limited to no more than a tenth or two, then better coverage rains for Thursday the 17th– but still no more than a quarter of an inch. We are dry to finish that week, but see a strong storm complex lurking off to the west that may arrive late the 20th into the 21st.

Week three has 1 frontal passage in it, but generally points toward slightly below normal moisture, but week four shows an uptick in moderate to heavy moisture potential as we switch from October into November. Precipitation likely swings to above normal. The two-week average will be right at average, but still may lead to more harvest delay potential into early November. 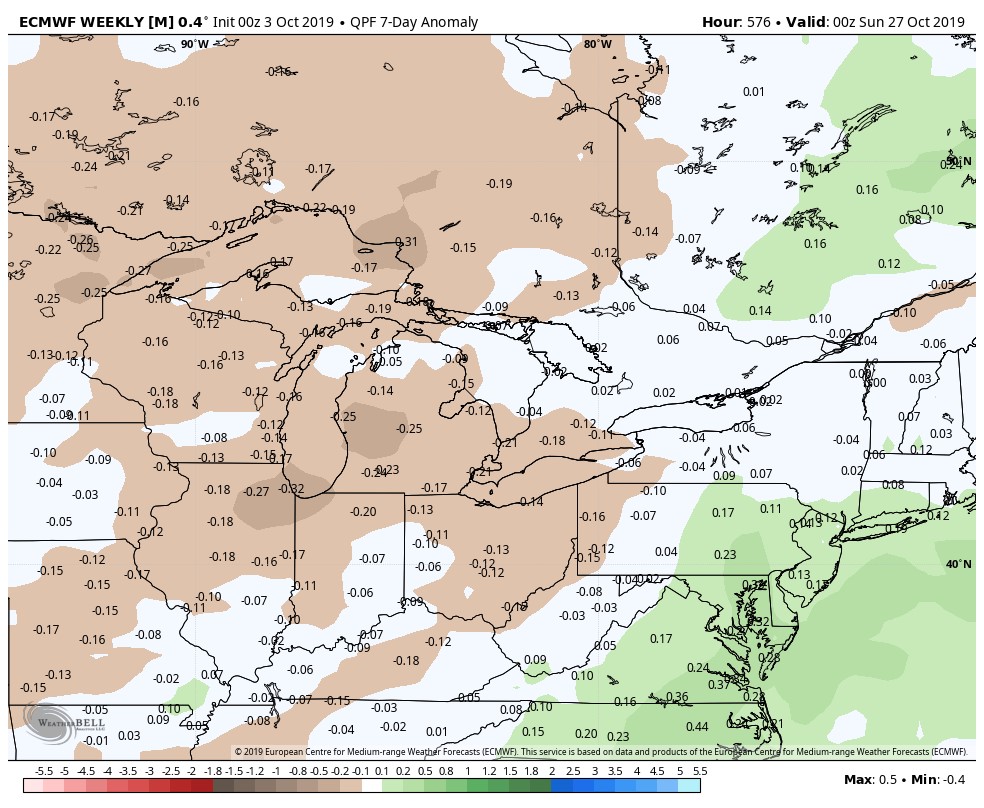 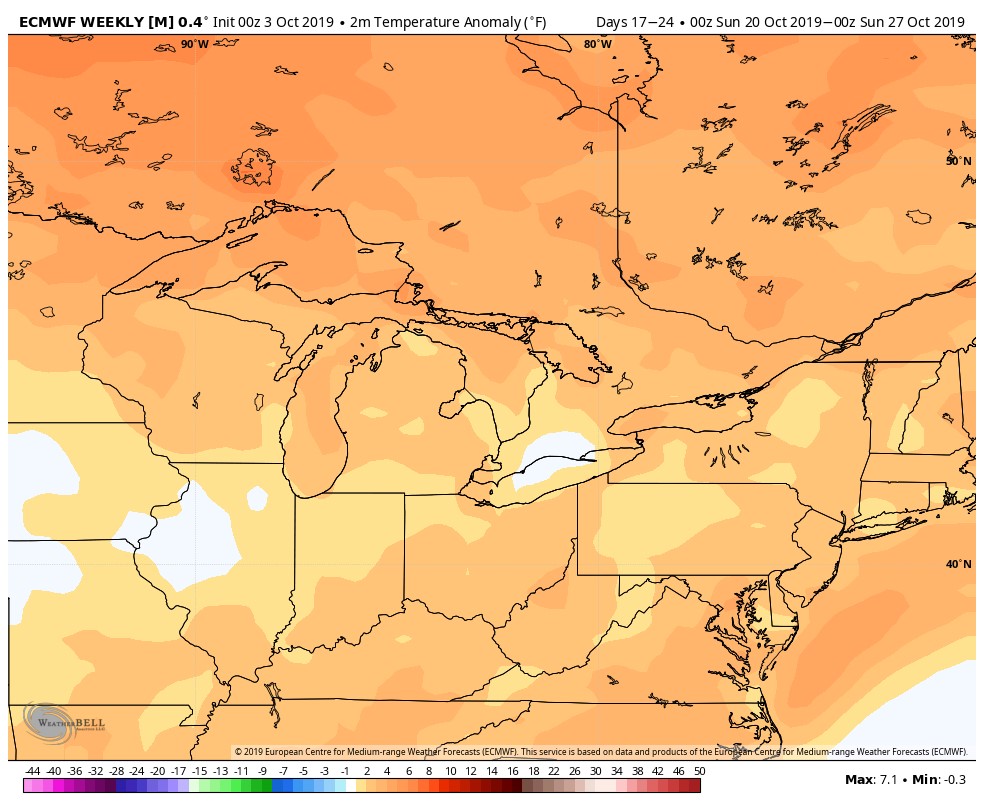 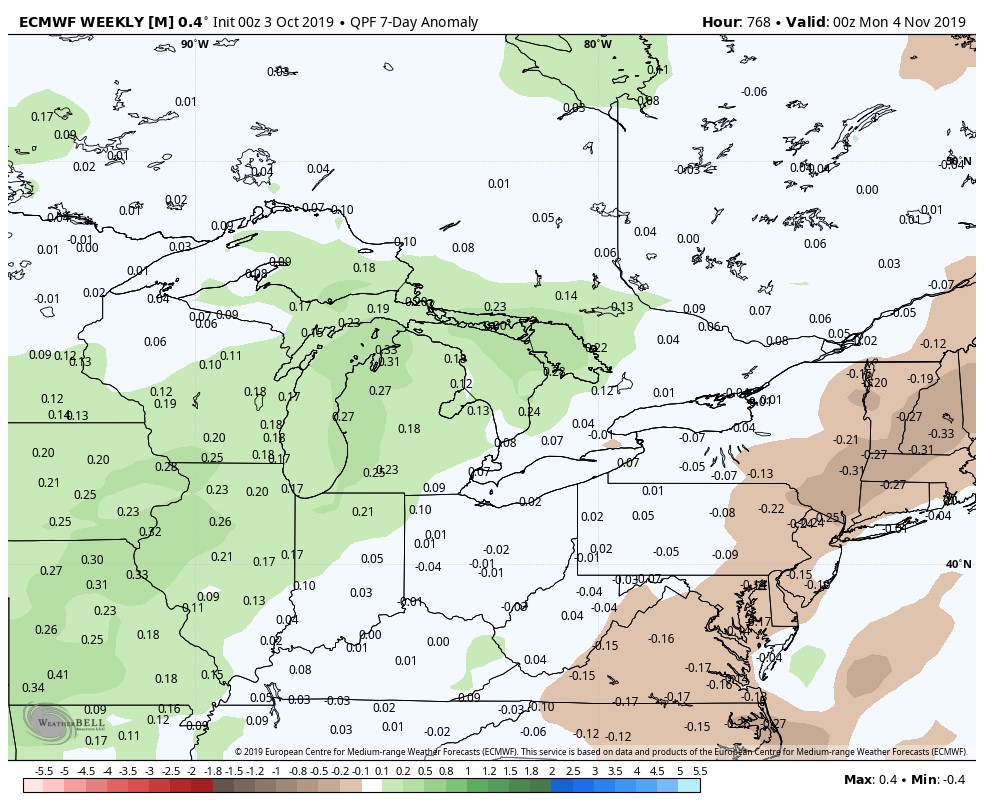 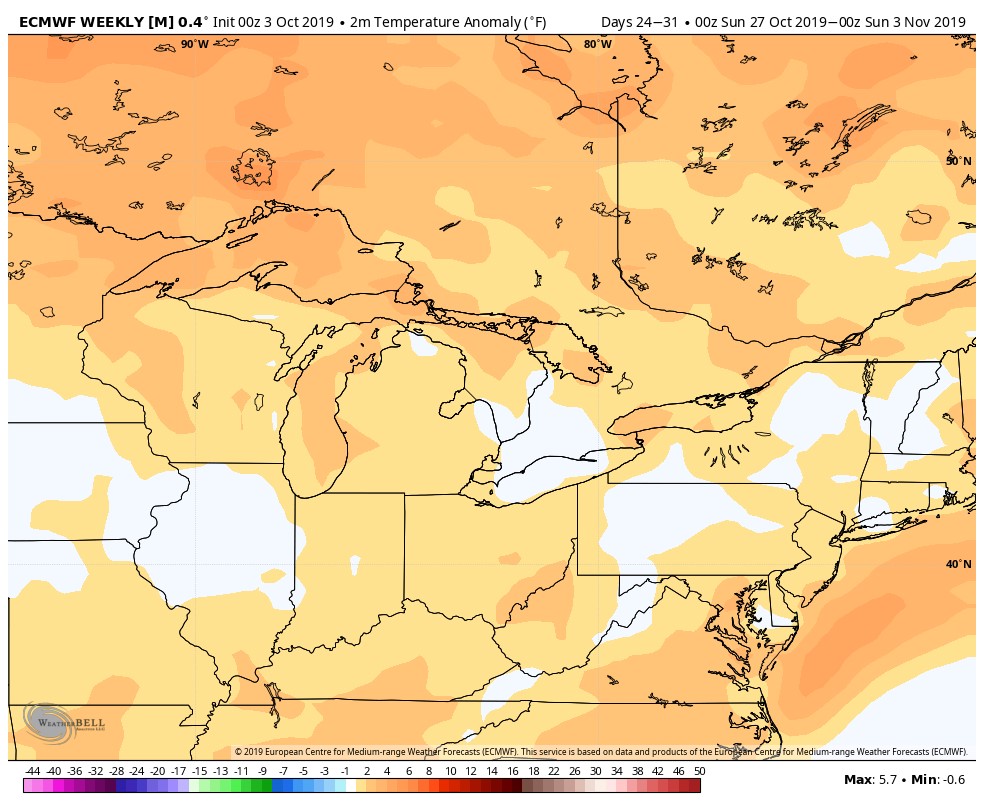