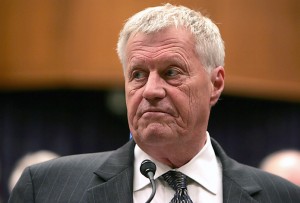 Rep. Collin Peterson was defeated last week by his Republican challenger, Michelle Fischbach. Peterson represented Minnesota’s 7th congressional district for nearly 30 years and served as chairman of the House Ag Committee. To say his presence will missed in Washington is a bit of an understatement.

“The loss of Collin Peterson is devastating to all of agriculture across the country,” said Luther Markwart, executive vice president of the American Sugarbeet Growers Association. “His influence and reach is probably not appreciated by a lot of people, but we have seen him and his leadership experience, knowledge, influence his colleagues. It has been fantastic.”

His bipartisan track record earned him the respect of his colleagues and cast him as the guiding force for agriculture within his party. Markwart said that his experience will especially be missed with the planning of the 2023 farm bill.

“Across the nation, most members of the House of Representatives represent urban and suburban districts—they really don’t know much about agriculture,” he said. “That’s why they rely on people like Congressman Peterson to say, ‘I’ll never understand this, just tell me what to do.’”

Because the farm bill is such a complex piece of legislature, Markwart said others on the committee will have to step up and hone in on these policies.

“The Chairman was working on giving more authority to all his subcommittees so that as you go forward in a heavy lift of a farm bill, that work was distributed amongst a number of members and not solely on his shoulders.”

With Peterson’s absence and leadership, Markwart said the farm bill will be tough, but there will be one in 2023.

Our thanks to the Red River Farm Network for providing the audio.