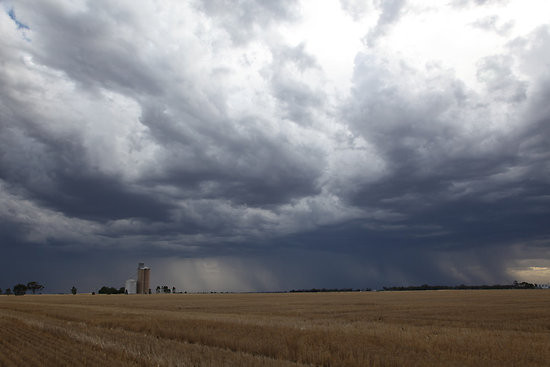 Drier weather remains for the next few days before a front comes in over the weekend.

According to MAT Chief Meteorologist Ryan Martin, Thursday will be a little chilly with some clouds developing.

“This is a new wrinkle with the clouds,” said Martin. “We have to allow for a few hit and miss scattered light rain showers or flurries.”

Martin said this will particularly be an issue in western Michigan because of the lake’s influence. By Friday afternoon, those clouds should be broken up, resulting in a clear start for Saturday morning.

“But clouds increase Saturday afternoon and evening, and we look for our next round of moisture to come through overnight Saturday night through Sunday,” said Martin. “A quarter to three quarters of an inch of liquid equivalent—we’re looking at mostly rain, but wraparound backside moisture could come as snow particularly in the Upper Peninsula and Northwestern parts of lower Michigan.”

By sunrise on Monday, that system should be over. Martin says until Wednesday, the state will see a mix of clouds and sunshine with chilly temperatures. The second part of the week, temperatures will increase dramatically.

“We’re doing all of that with no significant precipitation,” he said. “I see no front coming in through the area. Next week, maybe a slight change in air mass later in the week with a trough, but nothing that triggers a large precipitation potential.”