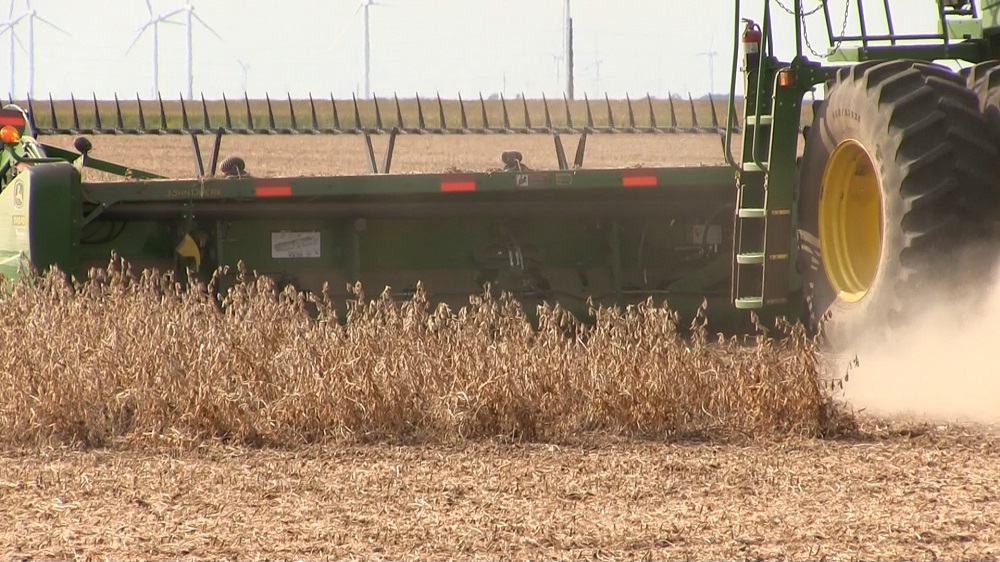 As of Monday’s Crop Progress Report, USDA shows that 19 percent of Michigan’s soybeans have been harvested.

Some producers might have cut soybeans with green stems but are at the right moisture. Christopher Bauer, Pioneer agronomist, said growers are dealing with green stem syndrome.

“What’s happening is if the pod number gets reduced around R-6 [growth stage], the stem and leaf maturity is going to be delayed,” he said. “Back in late July and August when we had those hot, dry conditions, [that] can result in pod abortion. Come late August and early September, we started getting rain that started improving plant health. But the reduction in pod numbers, that can’t be reversed so late in the season.”

“The pod abortion reduces the need for the sink because we lost some pods at the source, which is your stem, continues to store those sugars and remain alive,” he said. “We have this big reservoir of energy—all those sugars and the leaves have to go somewhere. They get stored in the stem, maintaining that green stem later into the season.”

While growers are waiting for stems to turn brown, they could lose yield because pods could start opening.

“You could possibly lose out on yield because we’re harvesting the bean at 10 or 11 percent rather than 13 or 14 percent, so you’re losing out on that additional water weight by leaving those out there, thinking they’re not mature but at the same point, they’re already getting down to the lower moistures.”

This agronomy update has been made possible by Pioneer.