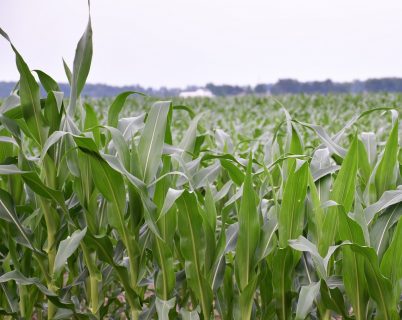 On Friday, Bloomberg reported that China would be stepping up ag purchases, which gave a little life to the soybean market. Brian Basting of Advance Trading, Inc. said that was a key to Friday’s market action.

“We’ve seen really good soybean export sales the last several weeks, not only on old crop but new crop,” he said. “We’re looking at some of the highest business for export sales of beans.”

Combining old and new crop soybean sales over the past month, Basting says we are averaging 56 million tons a week.

“That’s the best mid-May to mid-June showing in at least 20 years,” he said. “We’re really looking at some people taking advantage of these lower prices. If you add in potential for Chinese business, that would certainly underpin the market as we begin the weather season.”

Domestically, the weather continues to be a big story. On Friday, heavy rains fell in the Western Corn Belt as many places in the Eastern Corn Belt, including Michigan, received hit-and-miss showers. Prices aren’t reflecting those rain events.

“The big cushion that is holding back the market is actually the carryout projections,” said Basting. “Anytime you’re looking at a carry out projection, underline projection, for 2020/21 of over 3 billion bushels of corn, the market really needs to see confirmation of a significant drop in that yield projected for this 2020 crop. [That will] get the trade interested in doing two things: either covering short positions or encourage new buying. That’s holding back any type of major weather premium.”

Basting weighs in on the wheat market and is looking ahead to the June 30 USDA acreage report in his full comments in the player above.