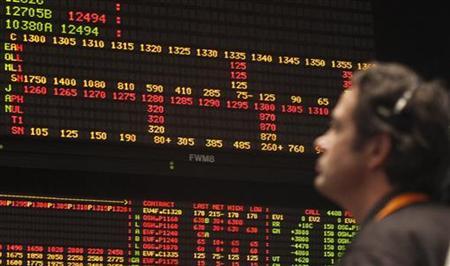 On Friday, USDA released their monthly World Agricultural Supply and Demand Estimates. For new crop corn, there was an 80 million bushel difference between USDA’s new crop corn estimates and the trade. Once the report was released, the corn market was nearly unchanged. Yield estimates for corn and soybeans were also unchanged.

According to Brian Basting of Advanced Trading, Inc., the weather was the biggest driver of the market on Friday.

“A lot of these forecasts are bringing in more moisture and lower temperatures, so I think it’s almost a battle of the forecast right now,” he said. “We’ll be pollinating a lot of corn over the next three weeks that’s the biggest news.”

One of Basting’s biggest takeaways from the WASDE report was the “ample supply” of soybeans from Brazil from now until the end of the 2020 calendar year. That’s going to lead for more competition between the U.S. and Brazil for the Chinese market.

China made a purchase of 57 million bushels of soybeans on Friday with 30 million bushels to be delivered by August. Basting said it looks like they’re making purchases in line with the Phase One trade agreement.

“On paper, it’s hard to argue that they need corn—their stock levels are forecasted to decline this year, but they’re still looking at a large supply of corn,” he said. “The question may be the quality of the stocks—perhaps that’s why they need to come in and buy some U.S. corn.”

This situation is intriguing to Basting because of all the variables at play.

“Phase One, the election less than four months away, all those things are moving targets and a market that’s trying to pin things down,” said Basting. “It’s hard to say exactly what that was linked to, but it influences our near-term exports which are now looking more supportive moving into fall.”

Between the WASDE report, weather forecasts, Chinese purchases, and President Trump saying that a Phase Two agreement with China is unlikely, Basting said there’s a lot to move the markets.

“That is a recipe for volatility in these markets both to the upside and to the downside,” he said. “The recipe for volatility is present at the moment, and it’s probably going to stay that way for several weeks, if not months. As we get into the critical growing season for corn and beans and wrapping up wheat harvest and then we see what these overseas crops look like.”

With the trade uncertainty and elections, Basting is encouraging growers to think about how they view volatility.

“We strongly feel they should view volatility as opportunity for their operation,” he said. “You have to manage volatility and these markets, particularly this time of year. It can be extremely unpredictable .”

As a new week begins, Basting says weather forecasts are going to be providing opportunities, especially for wheat producers as harvest continues. Click the player above to hear his full comments.