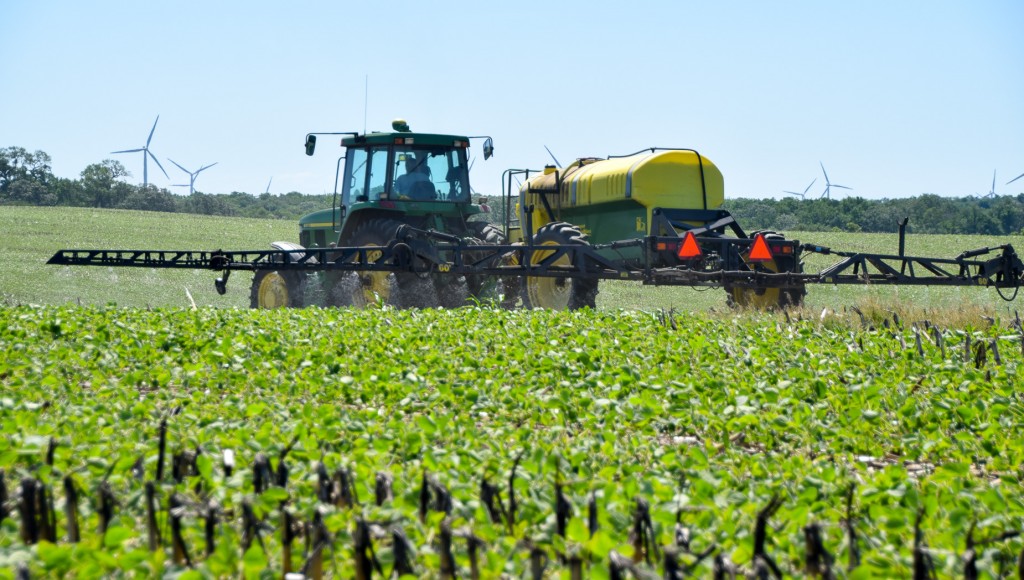 A lot of pre-plant herbicides were applied early in the season, and a majority was washed away by rainfall. If you have your crop in the ground, it’s too late to put down a pre-plant residual. Mike Swoish, Pioneer agronomist, said growers might need to readjust their strategies.

“If you planned on having residual weed control, for example in soybeans with broadleaves, and now you see broadleaf that are glyphosate-resistant, then you may have issues,” he said. “There’s not as many options as we would like since there are new resistant weeds all the time. Ideally, your pre-application would help control those broadleaf weeds—hopefully we can get out there with burndown applications.”

A wet 2019 prevented herbicide applications, making the weed seed bank pretty full. Swoish says there’s a lot of pressure this year from existing and new weeds. One of the most important thing growers can do is scout their fields.

“Last year, purple amaranth was identified in Michigan, so there’s always new things to be looking for, and scouting is extremely important,” said Swoish. “By rotating our modes of action and actively scouting and looking for escapes that could indicate resistance, we can at least reduce the amount of these resistant weeds and weed pressure on our crops.”

It’s important to catch those weeds early to apply herbicide to reduce yield losses this fall.

“Weeds as small as a few inches can start to reduce yield,” said Swoish. “Nine-inch weeds in corn can reduce a yield by up to 10 percent, and as the weeds get bigger, that goes up exponentially.”

Swoish said that holds true for soybeans as well.

“The wider your row spacing, the more you need to be looking our for weeds because the canopy closes slower,” he said.

He added that if you see plants that appear to be resistant, you can send them to MSU for testing for free. For more information, talk to your local Pioneer agronomist.