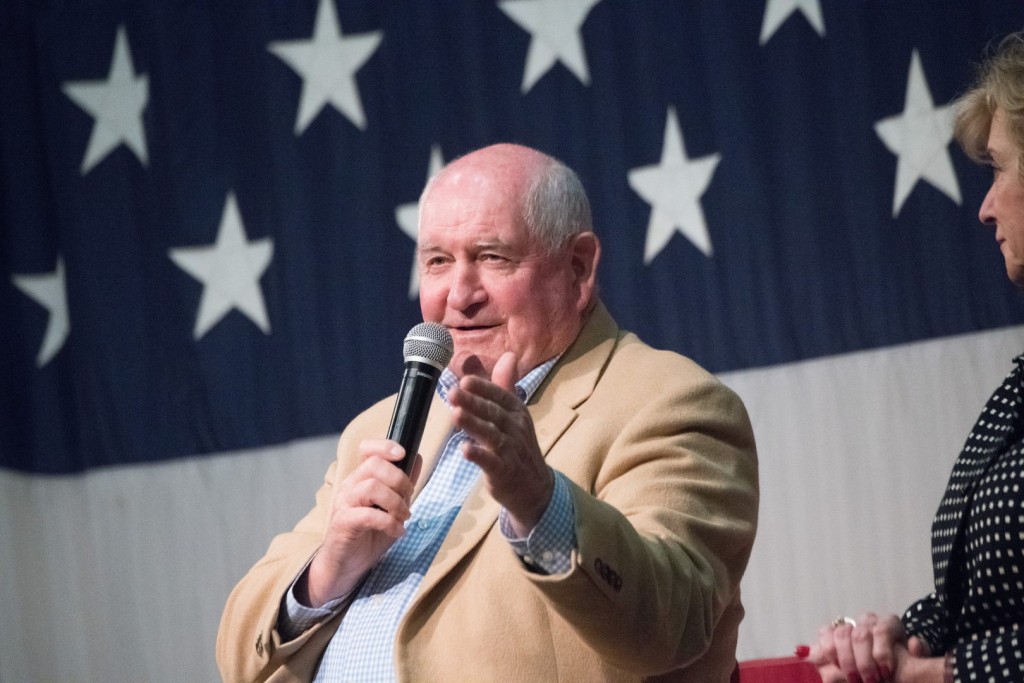 Agriculture Secretary Sonny Perdue promised farmers on Monday that his department will play a key role in enforcing China’s pledges to purchase $80 billion in U.S. agricultural commodities over the next two years.

Speaking at the annual gathering of the American Farm Bureau Federation in Austin, Texas, Perdue said USDA data will be fed to the office of the U.S. Trade Representative for analysis and enforcement.

“There were a lot of naysayers about” about the Chinese commitments, Perdue AFBF members. “Some still are, they say ‘where’s the proof?’ We’re going to see the proof.”

While the specific quantities of U.S. ag goods China agreed to purchase as part of the deal were not made public, Perdue said USDA and USTR have enough authority under the “phase one” agreement to uphold the expected $40 billion in ag purchases for the next two years.

“The enforceability provisions are fairly unique,” Perdue told reporters after his remarks on Monday. “It’s unilateral in the ability to reinstall punitive tariffs without retaliatory ability on China’s part. They would have to withdraw from the whole agreement, and then it would be a whole new ballgame.”

Perdue expects “phase two” negotiations to begin quickly and said they could even conclude before the two-year ag purchase commitment in “phase one” concludes.

“I think it will begin fairly soon,” he said. “These trade agreements take a while. There are a lot of sticky issues over the reforms that have to be done structurally in China in order to have a true mutually-agreeable trade relationship.”

Perdue’s comments come one day after President Donald Trump addressed the same crowd and thanked them for staying “in the fight” and maintaining support for the administration’s negotiating strategy even as Chinese retaliatory tariffs hammered American ag exports.

Trump also used his speech to confirm that the third tranche of 2019 Market Facilitation Program payments would be released.

As for the exact timing, Perdue said the payments were “imminent, but you can define that any way you want to in Washington D.C.

“We hope sooner rather than later, but we don’t have a date of release,” Perdue added, something that will have to come from the White House Office of Management and Budget.

The finalization of the 2019 MFP payments now means attention can fully shift to whether or not the Trump administration plans to offer another program in 2020. Perdue has been consistent in telling producers not to plan for another iteration of the program, but he also said the Trump administration hopes normalized trade with China develops soon enough that another round of MFP “will not be needed.

“It may be the summer or the fall when we really see the full benefit of that $40-50 billion,” Perdue said. “I would tell you not from my perspective, but I can tell you the president has demonstrated his ability to do what it takes to preserve the ag sector in this country.”