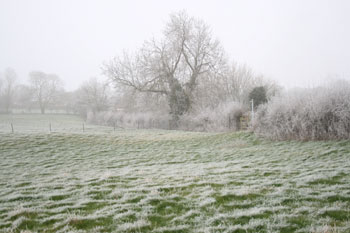 For the majority of Michigan, sunny skies will prevail on Wednesday until a frontal boundary dips out of the Canadian prairies and into the Great Lakes.

According to Michigan Ag Today’s chief meteorologist Ryan Martin, clouds will increase through the afternoon and evening.

“We are not concerned about precipitation—you might see a few sprinkles in the far southeastern corner of Michigan headed through Thursday morning, but the front is more about cold air,” he said.

Temperatures will dip below normal Friday into Saturday, but Martin believes the coldest air will stay in the northern half of Michigan and into Ontario.

“There are some dissenting opinions that the coldest air does not make it as far south as we feared earlier in the week,” he said. “Either way, we’re looking at a cool finish to the week and a cool start to the weekend.”

With the cooler temperatures, Martin isn’t ruling out patchy frost in central Michigan, and a definite frost or freeze Friday into Saturday.

“Once we get to Sunday and that south wind takes over, we’re going to be looking at sunny, dry weather from Sunday through Wednesday,” he said.