Mostly dry for this weekend. Temps remain above normal with good evaporation. We expect no major interference from mother nature on harvest Saturday or Sunday. That being said, there are more clouds around Sunday in northern Michigan that may trigger an odd shower or two here and there

We do see some changes coming to the weather pattern starting early this week. Clouds will build through late Sunday night, and that leads to scattered showers Monday midday/afternoon and evening. The moisture has good coverage initially over Michigan. We look for rains to be from .1”-1” with coverage at 100%.  The map below shows a look at Monday precip potential.

Unfortunately, we have a more active precipitation pattern across the Great Lakes for the rest of the week. Low pressure is slow to move away over eastern Ontario and Quebec, leading to wrap around clouds and moisture for Tuesday and Wednesday. Scattered showers are likely both days. Moisture totals are not impressive at a few hundredths to .3”, but it means we have trouble drying a lot during the period.

Thursday brings colder air to the eastern corn belt, as a front slowly sags across the great lakes. That different air mass wrings some light moisture out. Scattered showers bring 50% coverage of a few hundredths to .5” combined over the Thursday-Friday period. Colder air is arguably a bigger story. Temps will settle to normal and slightly below normal levels on Thursday, and then will be cooler Friday and Saturday, staying below normal. Daytime highs those days will be in the 50s and 60s, with lows near 40 and into the upper 30s. WE think frost threat is minimal, mostly due to plenty of clouds that are around. IF the clouds look to break at all in there, frost would become more of a threat for Friday night.

South winds redevelop next Sunday, which till likely trigger a few more clouds again and maybe an isolated shower. However, significant moisture is not likely. Partly sunny and dry weather kicks off the following week for October 5th. However, temps look to be cooler for the start of that week too. 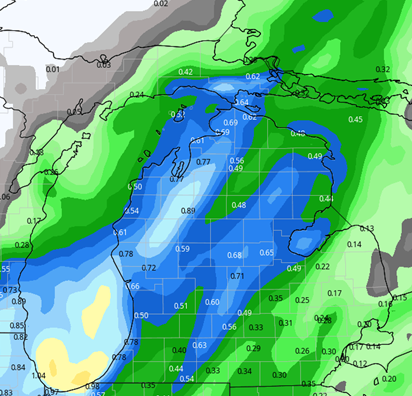 The extended 11-16 day forecast period is fully dry. Temps climb slowly Tuesday through Sunday (10/11). WE will move to above normal temp levels by midweek. There is no rain through the entire period, meaning we really have no major delay potential for harvest at this point.

More of the same. We are warmer than normal and drier than normal both periods. Temps will be a full 4-5 degrees higher than normal daily. Now, remember normal are falling off as we move into October, so daytime highs will be cooler. But, still, we see a pretty decent extension of warm weather. If we had moisture, we would be talking about an extended growing season…but the dryness has clipped our growing season on its own. We likely make it through the entire 14 day period for weeks 3 and 4 with only one good chance of rain. 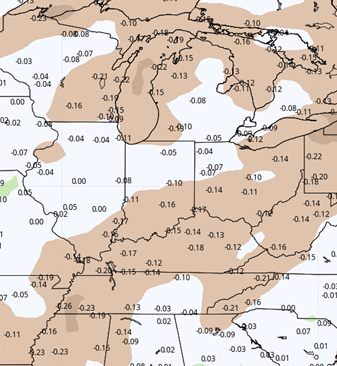 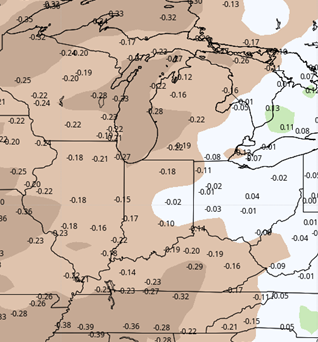 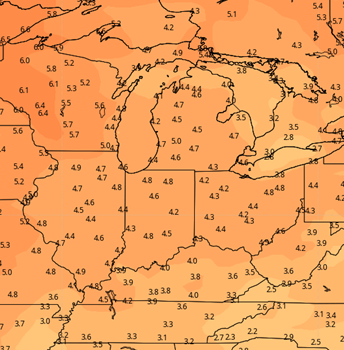