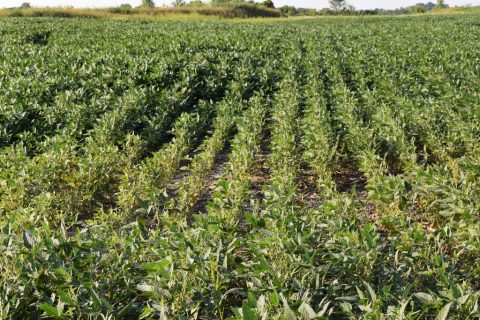 Showers are forming in the Western Corn Belt and into Wisconsin throughout the day on Friday. But before those showers reach Michigan, Ryan Martin, chief meteorologist for Michigan Ag Today, said those showers will fall apart.

“We are going to make it through Saturday mostly dry through the daytime hours, at least,” he said. “Past midnight, you might see a few scattered showers starting to nose into Western Michigan, but those will try and fall apart during the day on Sunday.”

On Sunday, Martin is forecasting hit-and-miss showers, covering roughly 60 percent of the state. He believes totals could amount to a maximum of a tenth or two of moisture.

“Monday starts mostly dry and could see some sunshine, but toward sunset, clouds will be thickening up overnight,” said Martin. “Monday through Tuesday, showers and thunderstorms will be hitting Michigan, giving a quarter to probably one inch with coverage around 80 percent of the state.”

By Tuesday afternoon, the dry weather returns and will remain mostly dry for the rest of the week. However, there still will be a chance for pop-up showers.

“We see a big system passing by to our south Next Saturday afternoon, but it doe not get much farther north than U.S. 24,” said Martin. “I don’t think it’s a direct impact. There is a bigger system that wants to hit Michigan next weekend [bringing] a quarter to half inch of rain.”