While that won’t change, ag experts say the number of Americans eating at the dinner table might because of the COVID-19 pandemic.

According to a recent American Farm Bureau Federation survey, consumers will spend less on the classic Thanksgiving dinner (of about 10 people) by nearly 4%. At $46.90, or less than $5 per person, it’s the lowest average cost for a Thanksgiving dinner since 2010.

“Retailers know this is going to be a special year for our intimate, private gatherings,” said John Newton, AFBF chief economist. “At this point, retailers have not passed the higher ham costs down to their consumers, despite wholesale prices up more than 20%.”

After fielding 230 survey responses, AFBF found turkey costs dipped by about 7% to $19.39 for a 16-pound whole bird. Whipping cream and sweet potato costs also declined from last year at about 16% and 8% respectively. Elsewhere, the price of a 4-pound ham remained unchanged ($9.16). 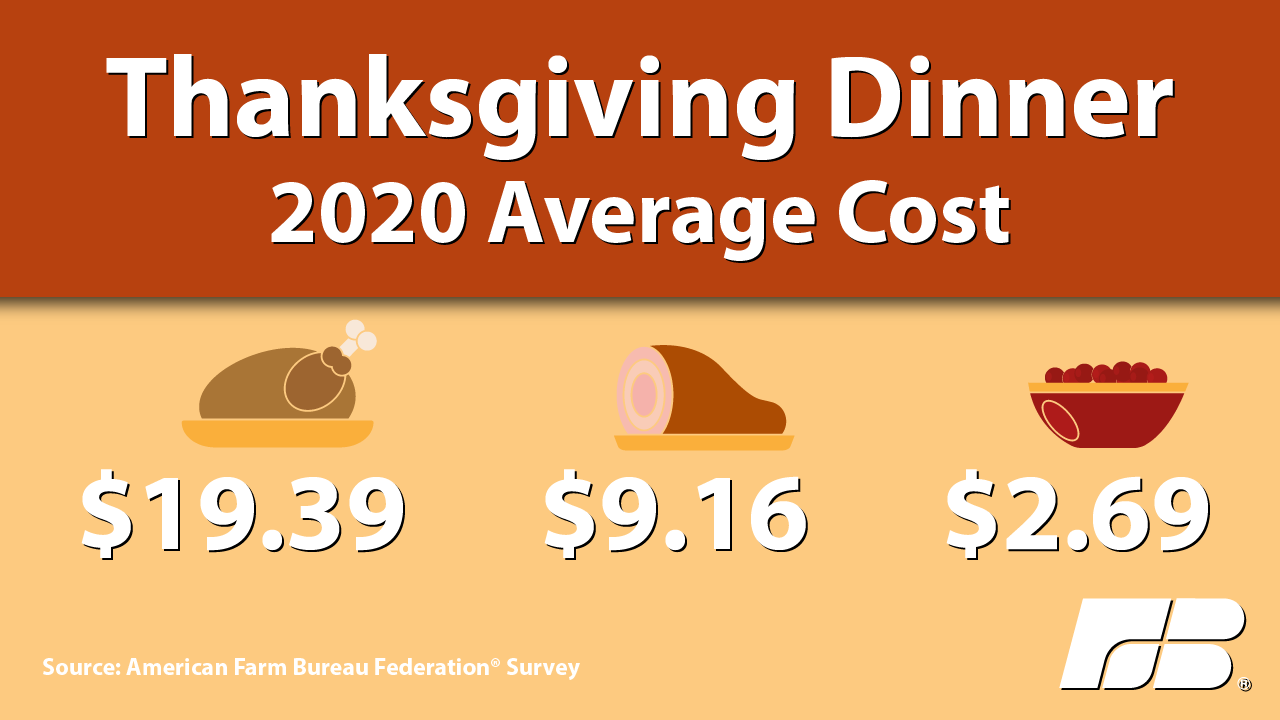 The above graphic shows the average national price for a 16-pound whole turkey, a 4-pound ham and 12-ounces of fresh cranberries. (Graphic courtesy of American Farm Bureau Federation)

AFBF also found purchasing turkeys from a meal-delivery service will cost a person 64% more at $1.99 per pound or 42% higher for the overall Thanksgiving dinner.

To find out more about Thanksgiving food prices, click here.

“I do believe we will have smaller gatherings in light of COVID-19,” said Ernie Birchmeier, manager of the Center for Commodity, Farm and Industry Relations for Michigan Farm Bureau.

Part of the reason is due to the Nov. 15 emergency order from the Michigan Department of Health and Human Services, which limited gatherings to two households at any one time.

“The important thing is there is plenty of food out there,” Birchmeier said. “It may come in smaller portions, depending on the family size. When folks are out shopping, they are going to have to consider that, whether it’s buying a smaller turkey, a smaller ham, or a smaller amount of potatoes or stuffing or cranberries.”

According to Birchmeier, Michigan farmers produce many Thanksgiving favorites for consumers, including turkey, ham, potatoes, stuffing, butter, cranberries, and, among other items, pumpkins.

Tomac Pumpkins in Saginaw County annually grows 250 different varieties of squash and pumpkins. According to farm owner Sarah Tomac, about 100 of them are special eating types that are hard to find or almost lost to history. 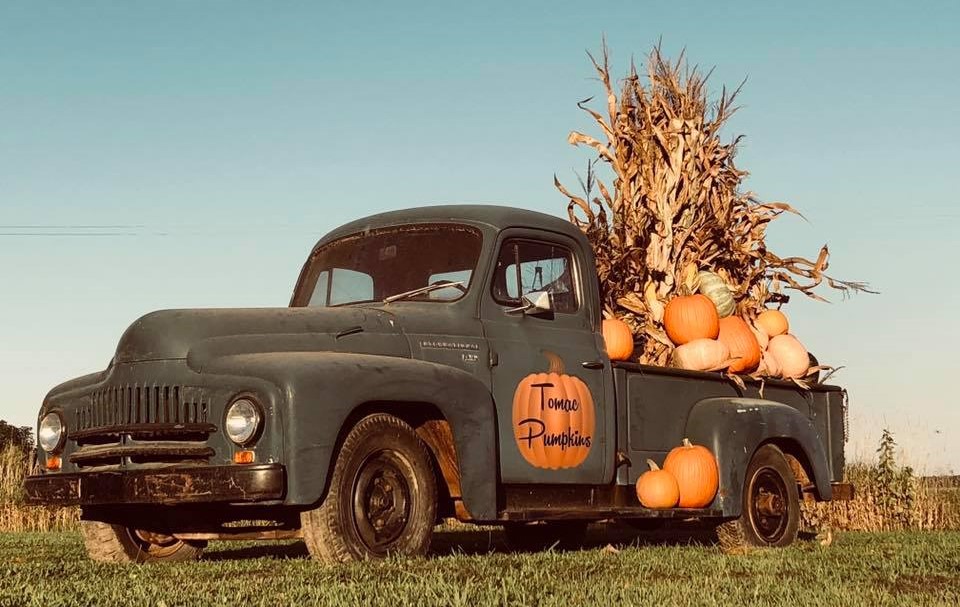 The fourth-generation farmer raises winter squash on 20 of her 200 acres.

“What started as a 4-H project 30 years ago has now grown into the wonderful fall harvest display, offering Indian corn, corn stalks, straw bales, everything fall related as well as a small gift shop which doubles as a small meeting area or classroom outside of the pumpkin season,” said Tomac, noting pumpkins and winter squash are high in vitamins and minerals.

“There are endless ways to eat pumpkin or winter squash. It’s not just limited to pies or baby food,” she continued. “Try stuffing, shredding, dicing, roasting or grilling any flavor. To test for doneness, stick a fork in it. Like potatoes, once the flesh becomes translucent, it is done.”

An average turkey weighs 40 pounds and contributes $100 million to the state’s economy.

“Turkey farms in Michigan mainly raise toms, which are bigger than a typical hen raised for a Thanksgiving turkey,” said Allison Brink, executive director of MAPI. “However, one of the main products from a tom is a whole turkey breast, which is perfect for the smaller gatherings happening this year.”

With COVID-19 shifting away some of the business for turkey farmers, Jeff Smith asks consumers for help.

“The pandemic has hit us hard this year with many restaurants closing down or serving less than usual, as a majority of our Michigan turkey usually goes to foodservice and restaurants,” said Smith, co-owner of Smith’s Turkey Farms in Allegan County. “Michigan turkey farmers would be grateful for your purchase of a Michigan turkey breast for your holiday dinner this year from one of our local partners, such as Costco or Gordon Food Service.”