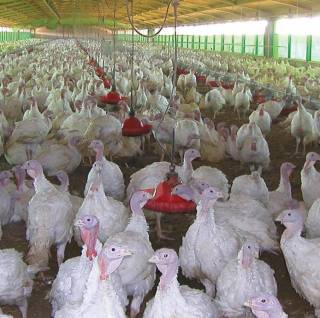 One of the biggest changes from the 2015 permit is when manure can be spread. Producers are prohibited from spreading manure on cropland during January, February and March. Jodi DeHate, a Michigan Agriculture Environmental Assurance Program (MAEAP) technician, says there is some slight flexibility if manure is incorporated or injected immediately.

“If more than two inches of frost or four inches of snow or ground is saturated, you cannot apply,” said DeHate. “If soil phosphorus concentration is higher than 68 parts per million, it cannot apply. Or application limits based on forecast models and current permits still applies. They have to notify EGLE 24 hours before an application and include a bunch of information.”

The CAFO permits are renewed every five years. The original draft proposal from December was concerning to several Michigan ag groups. Some of the proposed requirements would have increased expenses for the state’s CAFOs. DeHate says these improved changes were possible due to collaboration between different groups and departments.

“EGLE met with roughly 50 farms, livestock commodity groups and the comprehensive nutrient management plan writers who suggested a lot of revisions,” said DeHate. “They made some good revisions—I don’t think it’s not unworkable. They made a lot of good changes.”

If you’re wanting to get your farm MAEAP certified, this new permit will not change that. As for the new permit, the general permit went into effect April 1. However, permit requirements for individual operations won’t go into effect until the Certificate of Coverage is issued.

More information on the permit from MDARD can be found here.