While some 2022 harvest operations are underway, parts of the Eastern Corn Belt have to wait just a little longer to get a good start.

“We’re a few weeks away from full scale harvest activity,” says Justin Schneider, Sales Agronomist for LG Seeds, who says a lot of silage has been coming off the last week to two weeks in southern Michigan and northern Indiana. “They’ve started here in the last week, here in kind of the central Michigan, northern half chopping. Dry beans are coming off at a pretty rapid rate, starting now also. But soybeans are probably a week to two weeks out and field corn probably two to three weeks, possibly a month yet.”

Schneider says this period of waiting gives growers more time to plan harvest based on scouting their fields. He adds, this year scouting is a big deal. 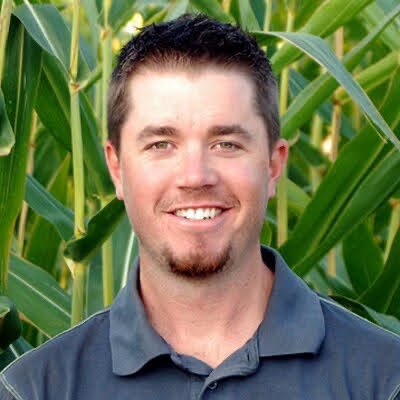 “Pretty much after planning, we didn’t see much rain till about that end of July time frame. So our corn crop especially was in some pretty droughty conditions,” he explained. “With that being said, that corn crop started to cannibalize itself a little bit earlier. So, with that earlier stalk cannibalization, the local agronomist and I are a little concerned with stalk quality. All these guys know fuel prices are at record highs for the most part in some areas. So, they’re going to try to leave this corn crop out there to dry down the most it can, but I’m stressing to everybody, make sure we start scouting once we hit black layer and kind of every 10 days after that to really make sure we’re not losing money with downed corn or other situations.”

He estimates corn yields will be average at best this year. Because of timely rains in August though, the soybean crop could be better than average. On the management side, due to heavy tar spot pressure last year, fungicide applications this year have improved plant health. Schneider says the many who sprayed at tassel or brown silk made decisions that gave their corn plants a big assist to get through those droughty conditions.

Get Ready for Harvest with These Scouting Tips
Scouting is especially critical in drought areas prone to stalk issues, say
LG Seeds agronomists
WESTFIELD, Indiana – Scouting fields ahead of harvest helps farmers avoid the hassle and slowdown associated with downed corn. “Avoiding those issues limits time in the field, saving them fuel, time and labor,” says Justin Schneider, an LG Seeds agronomist in Michigan. “Natural gas prices are extremely high, and the best way to leave your corn out there in the field the longest is to scout.”

The potential is certainly there for stalk issues in Michigan and other areas of the country that have dealt with heat and dryness. That includes dryland and irrigated corn farmers in Nebraska who withstood a blustery spring followed by summer heat and dryness, says Mark Grundmayer, an agronomist with LG Seeds in the state. He says hot nights during pollination and 90-degree temperatures as the calendar flipped to September won’t help the situation.

Start scouting now and keep at it
Now is a great time to start scouting fields for potential harvest issues, the agronomists say. After establishing that baseline, farmers should check fields every week to 10 days. “And then once we hit black layer, get out there and assess to prioritize fields for harvest and be as efficient as possible,” Schneider says.

“If you are in a drought, plants start to cannibalize themselves from the ground up a bit earlier,” Schneider warns. “Those farmers will likely be dealing with some stalk lodging issues.”

“Under any kind of stress, whether that’s stalk rot, green snap, a late hailstorm or disease-causing loss of the leaf area, we want to get as much harvested while it’s still standing as possible. That might mean an early harvest,” says Grundmayer.

Corn tends to have the most stalk lodging issues once it dries to the low 20s or high teens, according to Schneider. “If you see some problematic-looking fields, consider harvesting when moisture is in the mid-20s.”

Evaluate stalk integrity with a push or pinch test. A push or pinch test can help identify problem fields. Schneider explains the push test as follows:
“Once you hit black layer, walk through your cornfields, stand next to the cornstalk and push it an arm’s length away. When you let go, you hope it comes back and hits you in the nose. If it kinks, breaks or falls over, assess what percent is doing that. If it’s 5% to 10% of the plants, you may need to harvest that field sooner than others.”

With the pinch test, Schneider explains a farmer simply pinches the cornstalk from chin-high down to the bottom couple of nodes on the cornstalk. “If you’re able to pinch it together with ease, that’s telling you the stalk is hollow inside. If threatening weather (e.g., high winds) is forecast, you may want to get out there and harvest that grain a bit wetter than you normally would.”

Besides prioritizing fields and possibly moving up harvest, farmers with downed corn should adjust the combine so it picks up all that it possibly can, in addition to making changes to account for a smaller kernel size caused by drought. “There’s a lot of money on the line, so you don’t want anything riding out the back,” Schneider says.

If a field has a lot of lodging issues, recognize the threat of volunteer corn the following season and adjust rotation and herbicide plans accordingly, he adds.

Review and improve
The reasons for scouting your corn crop late in the season go well beyond harvest. “Late-season scouting is like watching game film,” Grundmayer says. “It gives you a chance to evaluate things like your fertility program, fungicide decisions, hybrid selection and weed control. You can assess what went well and where changes are needed.”

When it comes to selections for 2023, Grundmayer says farmers in the West are going to be focused on which products handled stress well, noting there isn’t a lot of disease in his area due to the hot, dry season. “Ultimately, it’s going to come back to stalk quality and whether or not a hybrid was able to handle stress.”

“Whether or not you’re using our products, LG Seeds agronomists are here to help you evaluate your hybrids and crops,” Schneider says. “Assess your game plan and let’s figure out how we can improve on that going forward.”