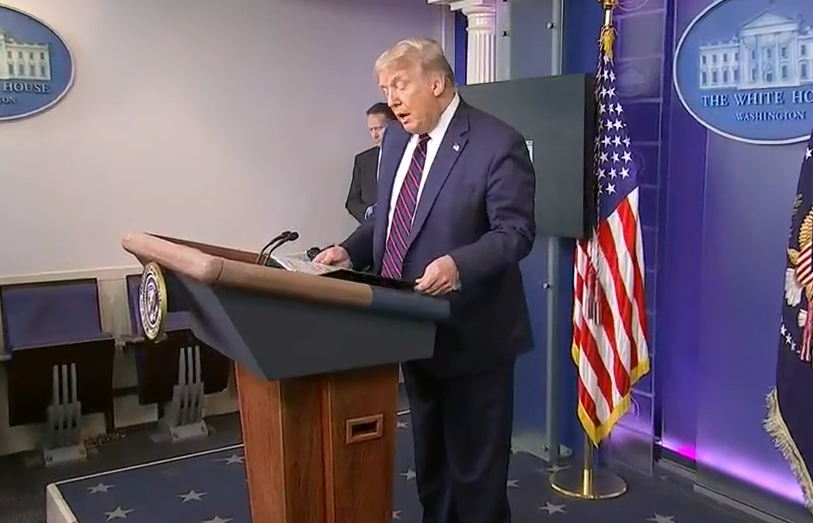 There’s a scheduled festival in Tuscola County over the weekend for farmers to celebrate President Trump. However, not all farmers are happy with his agricultural policies, and what some say are empty promises.

Four members of Michigan’s Rural America 2020 steering committee held a press conference Friday ahead of the Farmers for Trump Freedom Fest to voice their frustrations with his leadership.

“At North Star, we did open for u-pick cherries this week,” said Cheryl Kobernik, owner of North Star Organics cherry farm in Frankfort. “With all the COVID-19 precautions in place—masks, handwashing stations, social distancing, personal picking containers and more—this fest celebrating Trump’s leadership appears to deem any of these precautions not necessary, and is following his misguided leadership during our worldwide pandemic. If there’s someone who should not be celebrated during this pandemic, it’s President Trump.”

Howard Wetters owns a milk hauling business in the Thumb region. He said that that during Trump’s presidency, he’s turned agriculture into being an industry economically dependent on the government.

“Trump has taken $28 billion out of the public coffers to give to farmers to replace the profits they have lost because of his very devastating trade policies,” he said. “This year, over 36 percent of all the profit that farms in America will receive will come from those kinds of programs that Trump has had to create to keep agriculture in business.”

Wetters added that it’s time that these funds stop being taken from the public coffers to subsidize agriculture.

“We hope that the long-term damage that’s done can be replaced by profits,” he said. “Farmers don’t want subsidies, farmers want profits. Enough is enough. We need to change now.”

Tim Boring, a sixth-generation cash crop farmer in mid-Michigan, says he is increasingly seeing his fellow farmers relying on these subsidies. What’s most concerning to him is lack of action in Washington to change these trends.

“Trade relationships on every front—China, the EU, our closest North American partners—none of these trade wars have resulted in improvements for American agriculture,” he said. “Rather, they simply seem to have been manufactured crises done for Donald Trump’s own personal political gain. Now in an attempt to shift blame for his own handling of the coronavirus pandemic in the U.S., Trump has threatened to scrap Phase One agreements and will not consider action on Phase Two. This is no way to conduct foreign policy.”

Terry Henne will bring us coverage of the Farmers For Trump Freedom Fest next week on Michigan Ag Today.