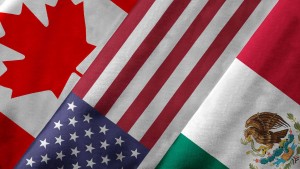 Congress is making news every day, but usually that news has nothing to do with what most farmers are concerned about, specifically USMCA, and the clock is ticking. Two more week-long breaks are coming between now and Christmas, and a possible House impeachment action around Thanksgiving and a December Senate trial loom, with no deals yet on spending, tax or defense bills.

Congress faces a November 21 deadline when a temporary spending extension runs out, and December 31, when some tax breaks expire, recur, or like biodiesel, already expired.

And then, there’s the U.S. Mexico Canada Agreement, USMCA, worth some $2 billion in new U.S. ag exports.

“Whatever else is going on in Congress, whether it’s the impeachment inquiry, the budget process that dominates this time of the year, our focus and our push and our urging to folks on Capitol Hill is, let’s get USMCA done,” says American Farm Bureau Executive Director Dale Moore.

But the reality is a toxic political climate and a legislative clock that’s running out. AFBF trade advisor Dave Salmonsen says that clock is certainly an issue for USMCA.

“I think, over the next few weeks, we really need to see some agreement on this implementing legislation, if it’s going to be presented to the Congress this fall.”

House GOP Leader Kevin McCarthy says, if the trade deal is not voted on by Thanksgiving, it won’t get done this year.