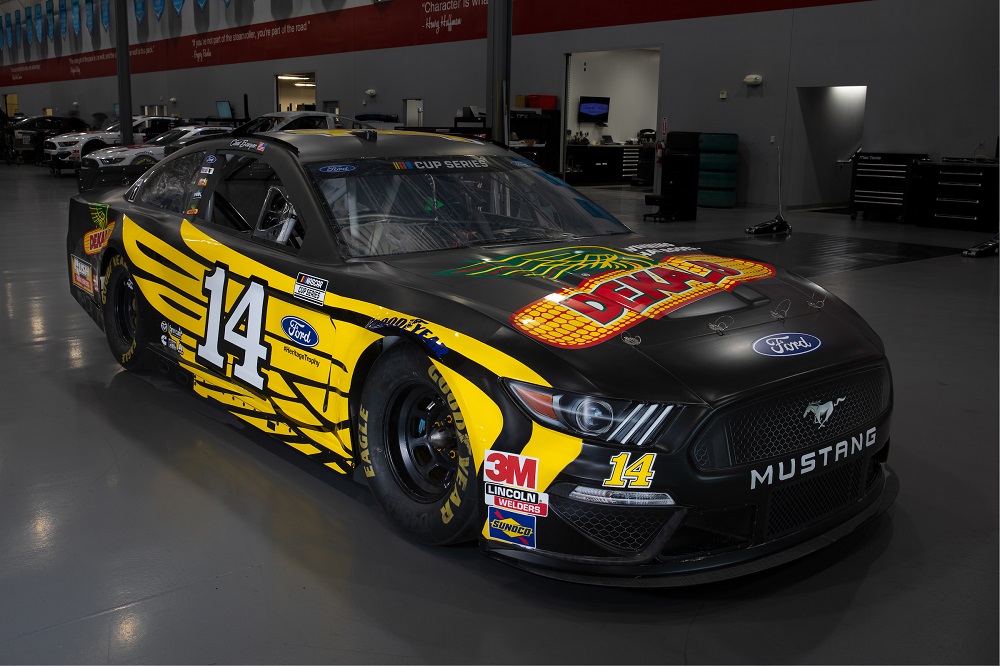 Corn growers will recognize a familiar logo whizzing around the Michigan International Speedway this weekend.

This isn’t the first time the flying ear of corn has been seen on a NASCAR racetrack.

But when you look at it, what do farming and racing have in common? McKittrick said when you get down to basics, there’s a lot of similarities.

“They both take a lot of hard work, a lot of persistence, and farmers and professional drivers are both in that business of performance,” she said. “Racing is like farming and that to succeed in racing, you need teamwork, dedication, goals, planning, strategy, and just as important than all of that is innovation.”

“That state of mind is really important and that’s how our DEKALB #WinningHasRoots campaign was born,” said McKittrick.

As a native Kansan, McKittrick said Bowyer knows about racing and farming.

“He lived and grew up at the crossroads of farming and racing in Emporia, Kansas, and he’s going first-hand experience seeing the hard work farmers put into their operation,” she said.

The car is part of the #WinningHasRoots campaign shows that winning is more than a goal, it’s a state of mind.

“It begins like a seed—it grows, evolves, grows roots that drove everything we do,” said McKittrick. “It shapes families, it really defines a legacy. For DEKALB and #WinningHasRoots, it’s about helping farmers drive that success on their farms and push them and help support them to improve every season.”

The Michigan International Speedway has treated Bowyer well throughout his career. He has had a two top-two finishes, 12 top-10 wins and 28 career starts. You can follow the conversation on social media with the hashtag #GoClintGo and #WinningHasRoots.