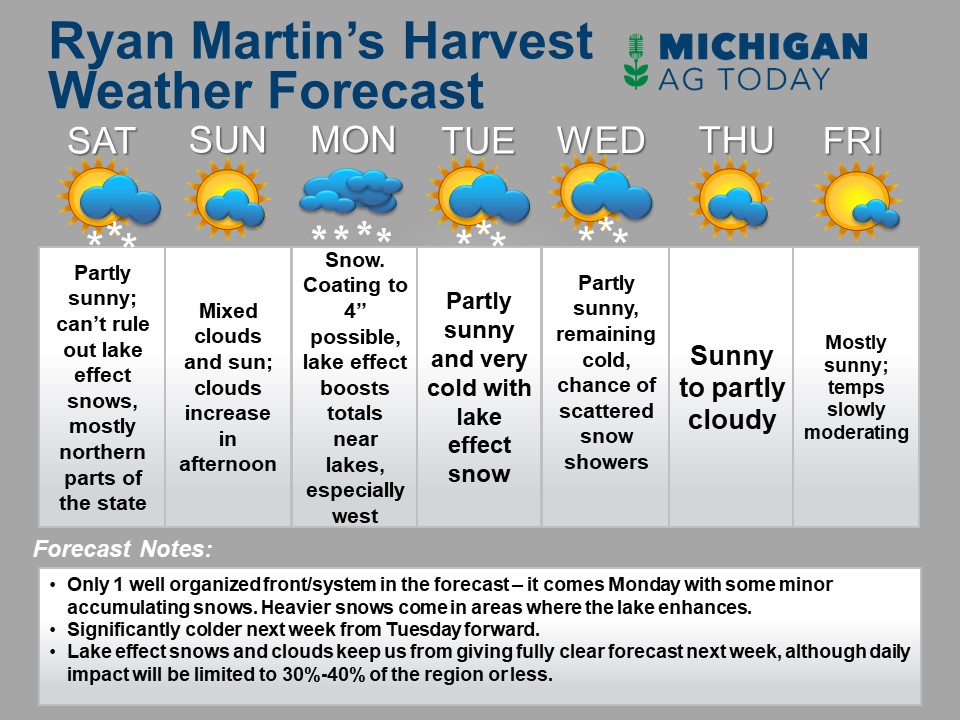 Michigan continues to have to deal with its “location”, nestled in between multiple bodies of water. Because of that, at times when areas farther south are getting by with just minimal moisture, we are dealing with lake effect clouds and precipitation. Generally, our windows for harvest over the coming week or so will be cut shorter than our neighbors to the south.

Lake effect snow will be seen Saturday over the northern half of the state, but generally we get by with some sunshine and drier weather from I-96 southward. Temps will be a bit milder. Sunday features a few hit and miss scattered show showers or flurries, but generally a mix to clouds and sun through the day. Overnight Sunday night through Monday, snow breaks out over most of the state with our next frontal boundary. Snow totals can range from a coating to 3-4 inches depending on where you are at, and then near the lakes, lake effect snow will punch totals farther (particularly in western MI).

Much colder for Tuesday through Thursday. The coldest day will be Tuesday, with temps as much as 20-30 degrees below normal (see map). Lake effect snow and clouds can be around Tuesday and then we have a minor little “clipper” disturbance for overnight Wednesday night, mostly over the southern half of Michigan. The rest of the time, expect a wide range of cloud cover, from partly to mostly sunny skies, but we will be very cold. Mostly sunny skies likely the balance of the week Friday and Saturday, with slowly moderating temps. Sun will be followed by clouds next Sunday.

For next week, we start with scattered light rain (yes, rain) for northern areas overnight Sunday night through Monday. Rain totals will be from a few hundredths to .4” with coverage at 80%. However, south of I-70, we stay with nothing. After a dry day Tuesday the 19th, we have to keep an eye out for heavier rains on Wednesday the 20th, with some models suggesting half to 1-inch rains, but timing anywhere from Wednesday morning to Thursday morning. There is a system there…the timing will be what likely drives the strength (or lack thereof). We finish next week partly sunny and stay mild…the theme of the entire week will be much warmer than this week. 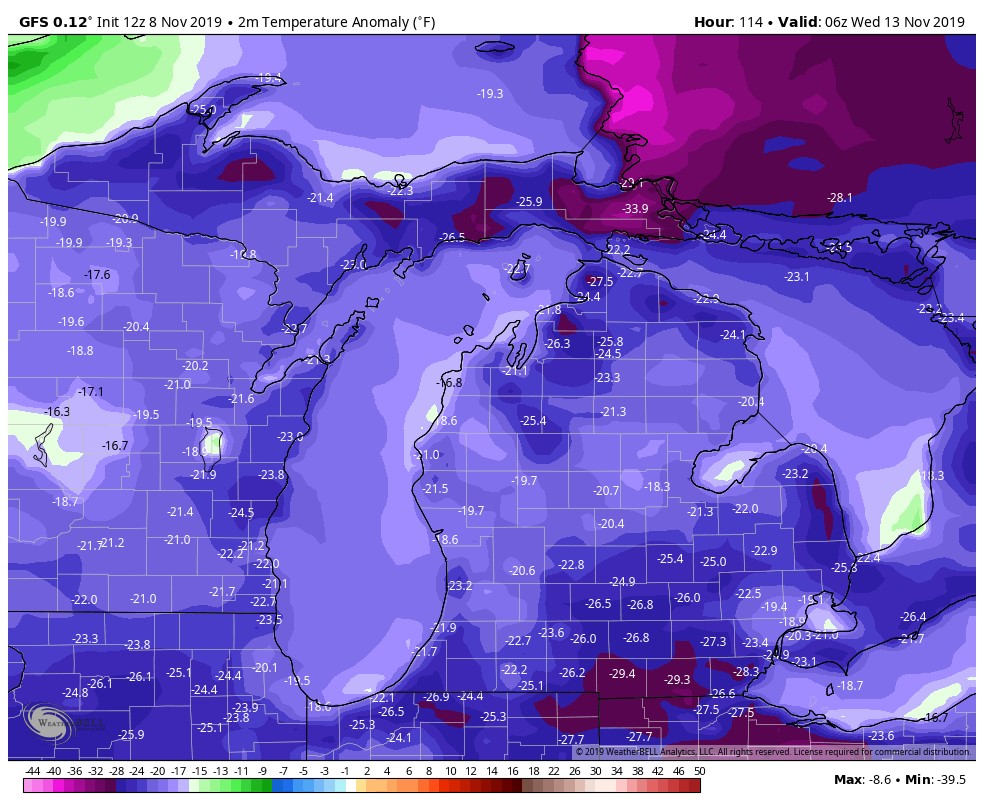 We should continue to see normal to slightly above normal temps through weeks 3 and 4, and a more active precipitation track to our south, allowing for some windows of drier weather. 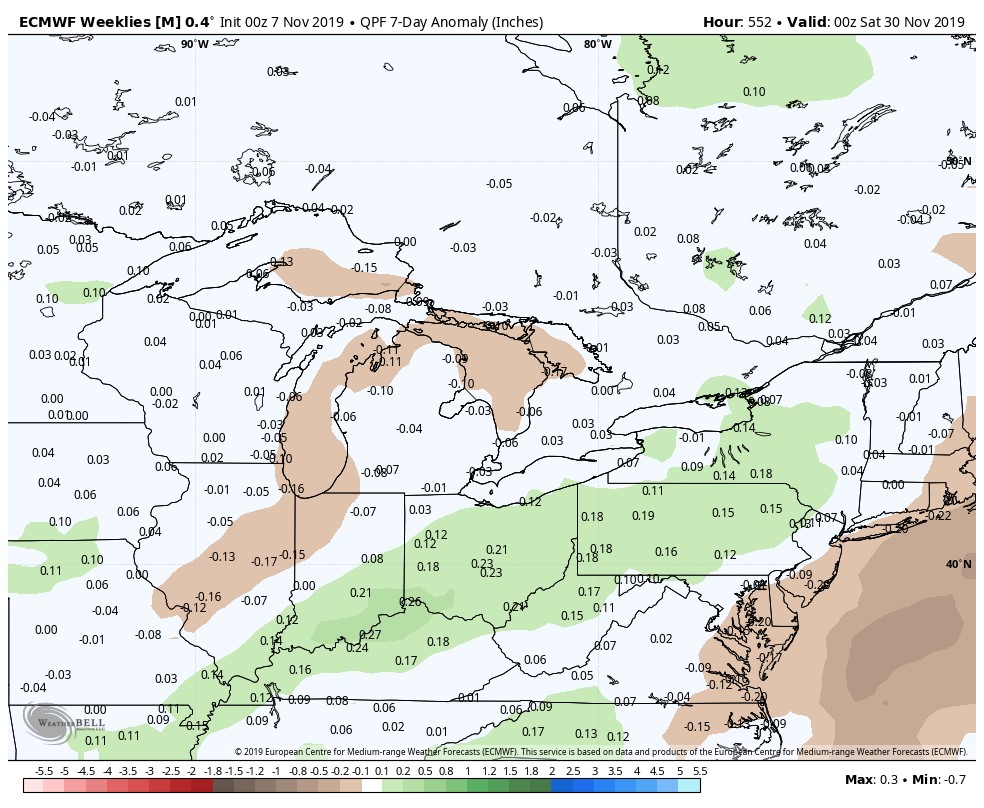 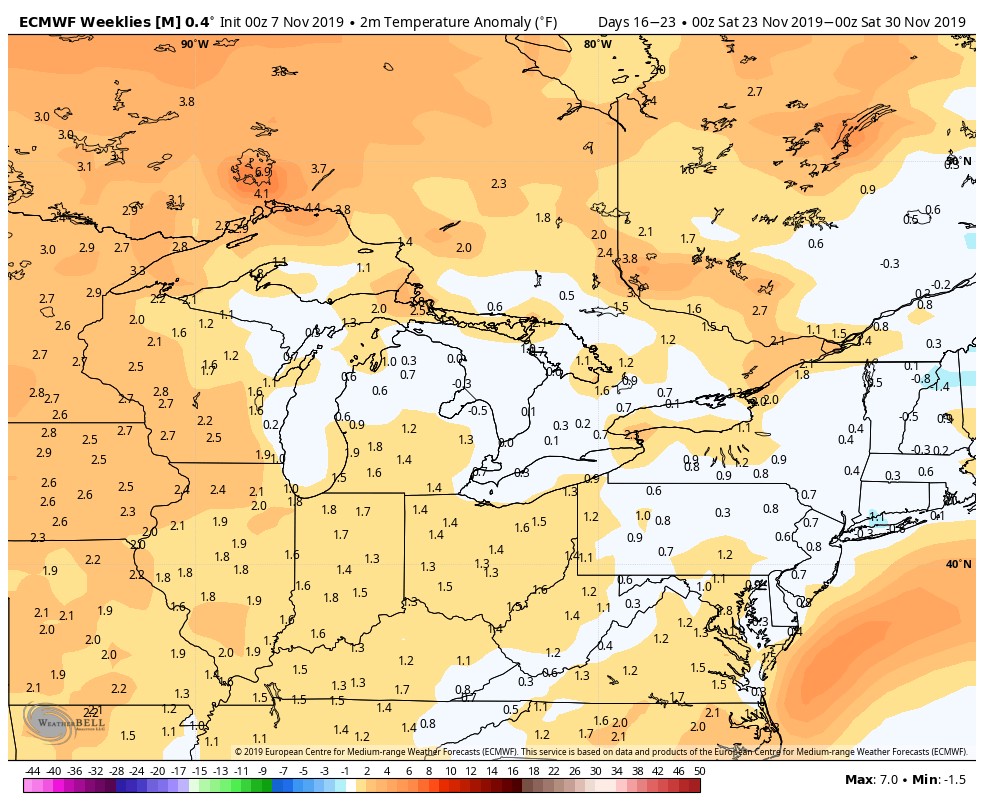 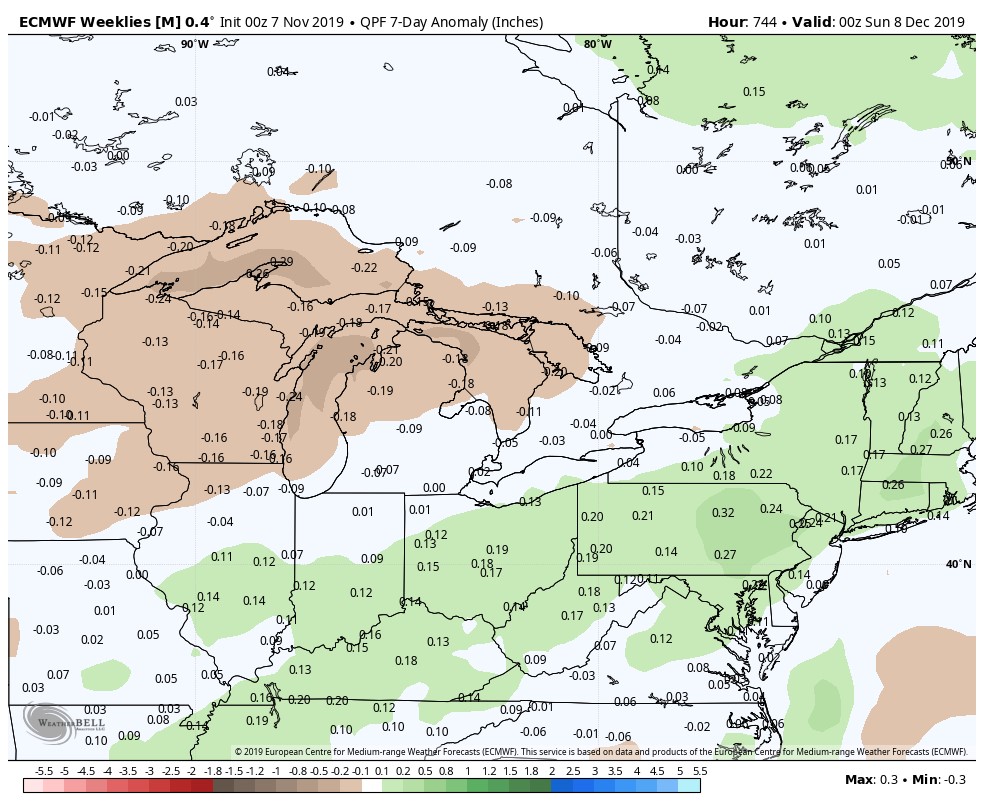 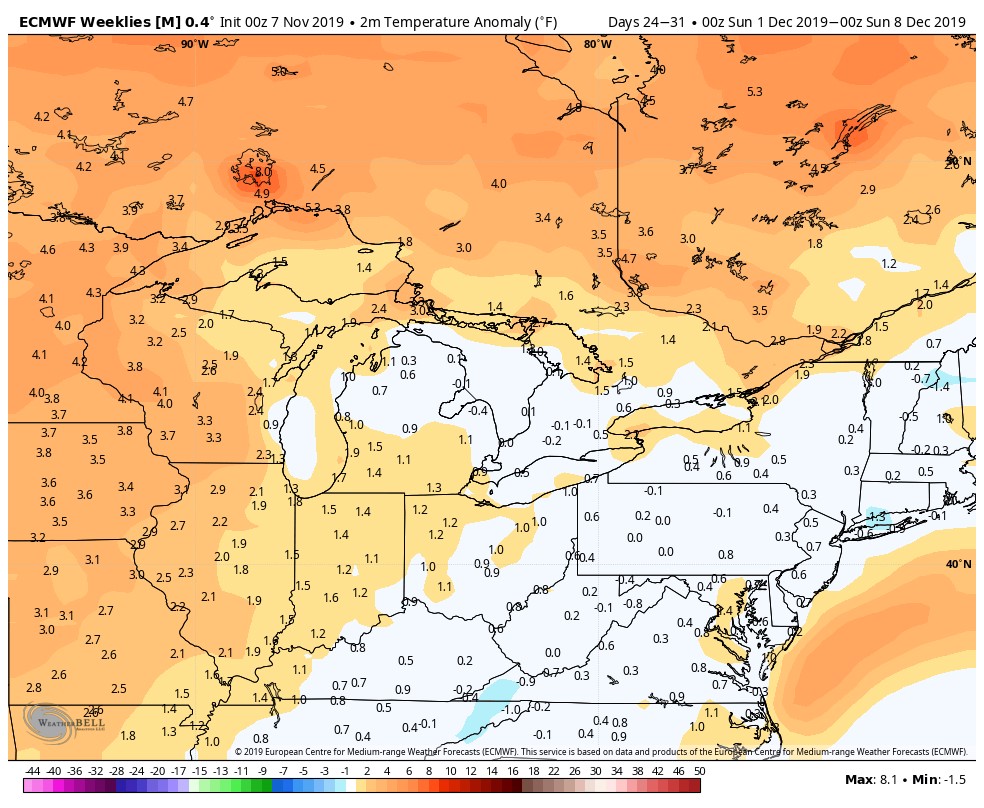